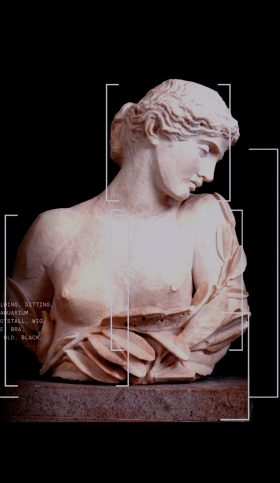 Recognition, winner of IK Prize 2016 for digital innovation, is an artificial intelligence program that compares up-to-the-minute photojournalism with British art from the Tate collection. Over three months from 2 September to 27 November, Recognition will create an ever-expanding virtual gallery: a time capsule of the world represented in diverse types of images, past and present.A display at Tate Britain accompanies the online project offering visitors the chance to interrupt the machine’s selection process. The results of this experiment – to see if an artificial intelligence can learn from the many personal responses humans have when looking at images – will be presented on this site at the end of the project.Recognition is a project by Fabrica for Tate; in partnership with Microsoft, content provider Reuters, artificial intelligence algorithm by Jolibrain. 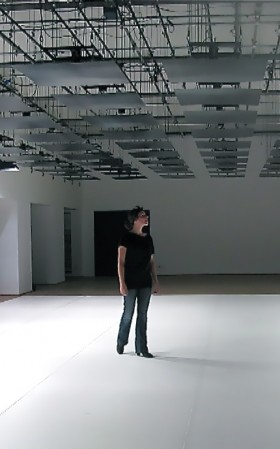 The intimate topography of the brain is laid out across a grid of 80 steel ceiling tiles as a spatialized form of tapping. The visitor can experience the dynamics of his cognitive self by fitting a wireless EEG interface on his head, that allows him to walk under the acoustic representation of his own brain waves.The accumulating resonances of impacted steel sheets generates penetrating overtones. The spatial distribution of impact and the overlapping of reverberations create a very physical soundspace to house an intangible stream of consciousness.‘Staalhemel’ (‘steel sky’, 2009) articulates the contradictory relationship we entertain with our own nervous system. Neurological feedback makes that the cognitive focus is repeatedly interrupted by the representation of this focus. Concentrated thinking attempts to portray itself in a space that is reshaped by thinking itself nearly every split second.

The group Sedzia Glowny (Chief Judge)—Karolina Wiktor and Aleksandra Kubiak—has radicalized the Polish performance-art scene. Since 2001, this unusual duo has been pushing the limits of human exhaustion to the further point of serious health conditions. By treading difficult paths, and striking the most disturbing and confusing chords, they have explored the sensual and psychological phenomena with their audiences, which include perversion, cruelty and masochism. They have tested the boundaries of gender roles under extreme conditions, experimented with games and role-playing between genders, as well as with the pleasures and responsibilities that come with power. The exhibition documents, reconstructs and closes the first stage of their activities, interrupted by Karolina Wiktor’s serious illness—the stage after which, as the artists themselves admit, the group will never be the same again.