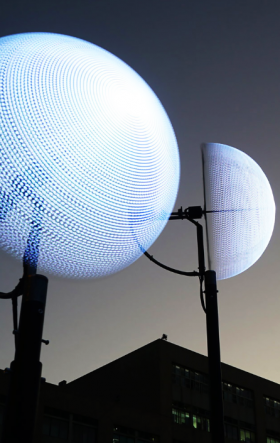 #define Moon_
[#define Moon_ ] consists of 9 rotating kinect light installations. It presents different postures of moon shape, exerting new sense experiences. The audience is allowed to explore through various ways of looking and bring curiosity to the installation by watching from different angles. By thinking of the science spirit, once again, viewer can define and understand the concept of this work of their own. 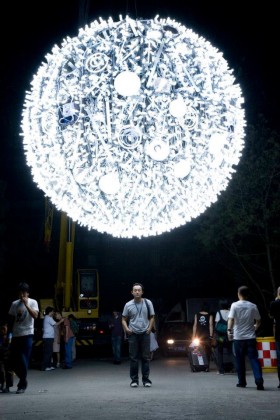