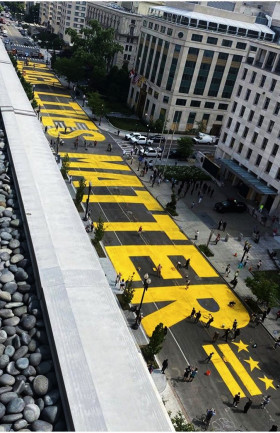 The section of 16th street in front of the White House is now officially “Black Lives Matter Plaza”.(historic) 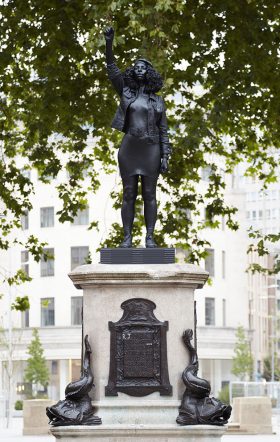 A Surge of Power
Within 24 hours Marc Quinn’s statue A Surge of Power (Jen Reid) 2020 has been erected in secret on a Bristol plinth and as quickly removed by the council. Life-sized, cast in black resin, it showed the campaigner Jen Reid standing, one fist raised, in a pose in which a photographer had captured her a few weeks earlier when she had stood on the empty plinth after Black Lives Matter (BLM) protesters tore down a bronze monument to the 17th-century slaver Edward Colston.