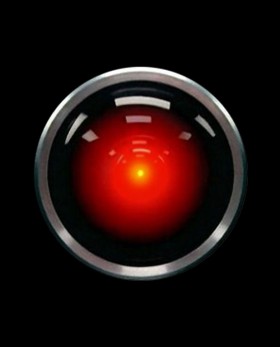 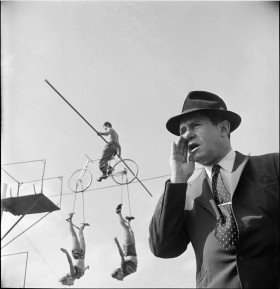 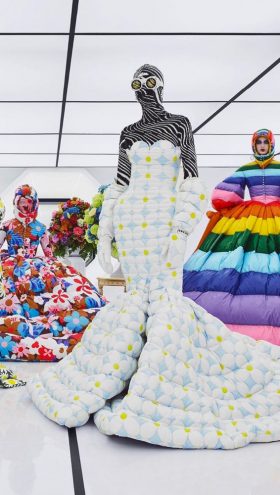 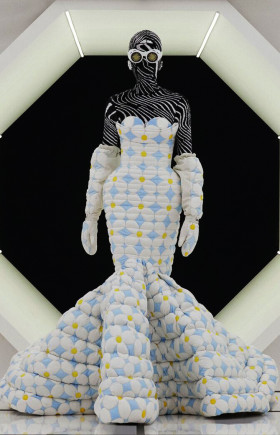 Moncler’s Genius Fall 2020
Since its inception, the Moncler genius project has asked designers coming from diverse cultures to create capsule collections inspired by the iconic Moncler puffer jacket. For his collection, london-based designer Richard Quinn visited the retro-futurism of the sixties. With clear influences like stanley Kubrick’s 2001: A Space Odyssey and Twiggy, the collection perfectly blends maximalism, bold colors and couture shapes. Of course, Quinn’s flower prints — part of his design DNA — were not left behind. 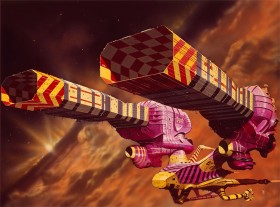 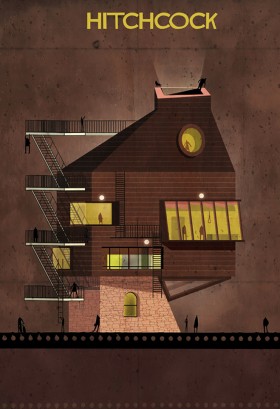 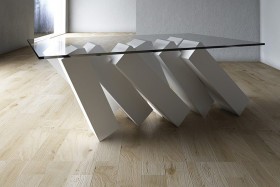 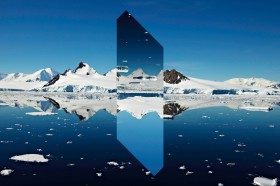 MONOLITH is the title of French multimedia artist Reynald Drouhin’s latest art project which consists of a series of digitally manipulated images of stunning natural landscapes. In the middle of picturesque sunsets and serene Arctic landscapes, Drouhin pastes a mysterious prismatic shape and then flips it, thus creating a mind-boggling visual effect of an otherworldly transparent object hovering in desolate locations. The entire project is an ingenious appropriation of the famous monolith from Stanley Kubrick’s film ”2001: A Space Odyssey” where mysterious dark rectangular objects (dubbed as monoliths) were scattered across the solar system by an unknown alien civilisation which seemed to guide humans along a risky interplanetary journey. Reynald Drouhin’s MONOLITH series captures exactly the double nature of Kubrick’s monoliths: the inverted shapes in the photographs seem to be a window to another dimension, a physical anomaly which distorts the nature around it, and is both menacing and inviting.