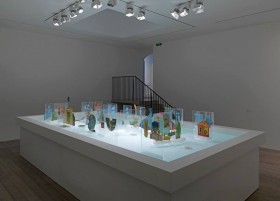 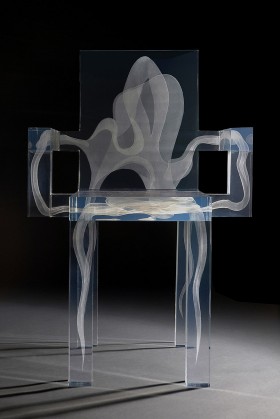 Studio Drift
Ghost Chair
The GHOST collection by Studio DRIFT is a futuristic concept of a chair, a 3D image captured within the boundaries of its outer shell. The chairs are handmade by specialists from Europe using the best materials. A unique 3D technique is used to form unusual subsurface drawings inside the solid Plexiglass chairs. The image of the inner ghost is created by a reflection of light on tiny air bubbles.