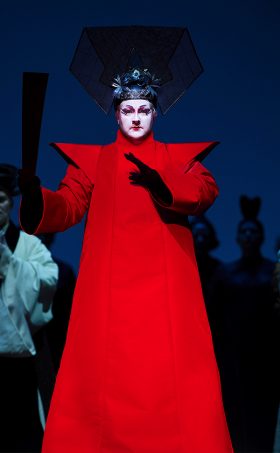 Turandot
.
Robert Wilson and Puccini
This new encounter between his powerful visual universe and Puccini’s evocative music was bound to be an outstanding event. Carried out by a brilliant cast of singers, dominated by Irene Theorin as Turandot, Gregory Kunde as Calaf and Yolanda Auyanet as Liù, this magnificent production is conducted by the Teatro Real’s associate musical director Nicola Luisotti – and has been met with universal acclaim.