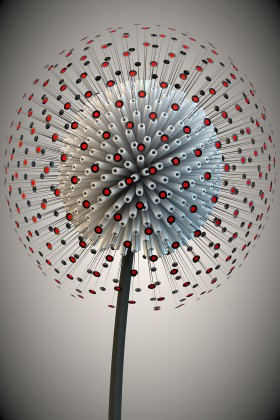 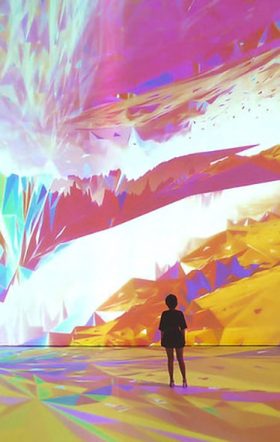 1194D^3
Initially started as a tweak of 115C8 in 2013, one of Kwok’s Algorithmic Creatures based on finite subdivision, 1194D is an experiment on multiple geometric creatures co-existing within a tetrahedron-based grid environment. In 2017, The project was improved and revised into an immersive triple-screen audiovisual installation as 1194D^3 for .zip Future Rhapsody art exhibition curated by Wu Juehui & Yan Yan at Today Art Museum in Beijing, China. The entire visual is programmed and generated using Processing. All stages are later composed and exported using Premiere. 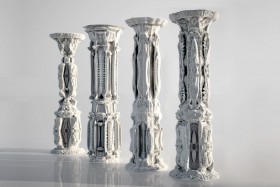 The subdivided columns are purely algorithmic forms. They are undrawable using conventional means – whether by pen or by mouse – as they have too much detail and differentiation. Knowledge and experience are acquired through search, demanding heuristics that work in the absence of categorization.