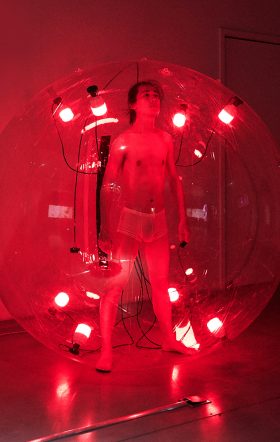 Internet of Everything: All Connections
‘Internet of Everything: All Connections’ is a piece of work that connects human, animals, plants, bacteria, environment, compound and equipment using the Internet. It consists of seven parts. One part affects the other by sequence. It doesn’t have a starting point or an ending point in this connection – because they are an interlocking loop structure. The weak bio-electricity of the human body is passed to the bacteria, Proteus. The bacteria starts to vibrate due to the electrical stimulation. Its motion is captured by the microscope and input to Max in real time. Data arising from the change in value in the bacteria movement controls the next part. 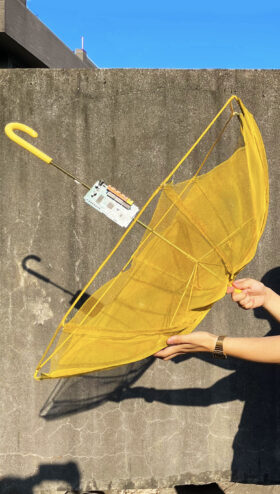 Bi0film.net
Independent and distributed communication networks are at the core of self-organized communities. Based on the idea of biological peer-to-peer networks, which explore how microorganisms like bacteria communicate and collectively act, we have built a human biofilm-like connectivity enhancer. 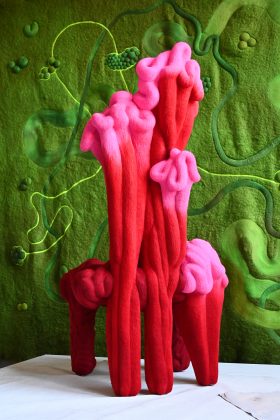 Untitled 05
“I look at forms in nature for inspiration – from microscopic organisms like bacteria and viruses, to moss covered stones, branches of trees, the human body, seedpods, landscapes, star charts, etc., then try to bring all of these disparate elements together in the work” 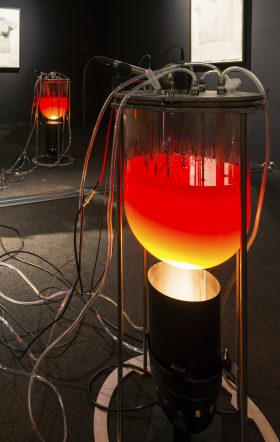 Labor
What does labor smell like? Labor is a dynamic, self-regulating art installation that re-creates the scent of people exerting themselves under stressful conditions. There are, however, no people involved in making the smell – it is created by bacteria propagating in the three glass bioreactors. Each bioreactor incubates a unique species of human skin bacteria responsible for the primary scent of sweating bodies: Staphylococcus epidermidis, Corynebacterium xerosis and Propionibacterium avidum. As these bacteria metabolize simple sugars and fats, they create the distinct smells associated with human exertion, stress and anxiety. Their scents combine in the central chamber with which a sweatshop icon, the white t-shirt, is infused as the scents are disseminated. The scent intensifies throughout the exhibition. 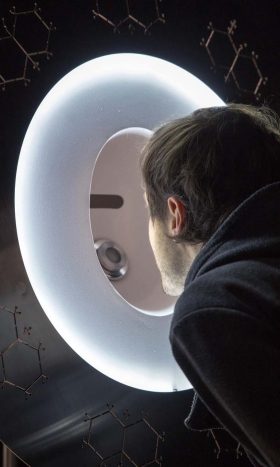 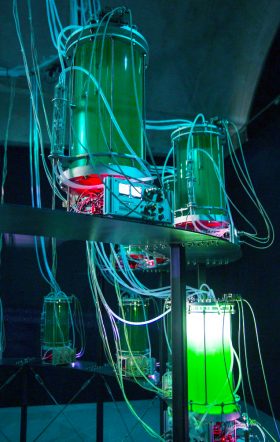 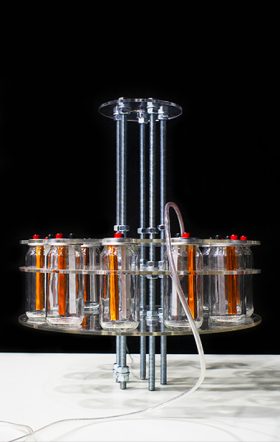 Until I die
This installation operates on unique batteries that generate electricity using my blood. The electric current produced by the batteries powers a small electronic algorithmic synth module. This module creates generative sound composition that plays via a small speaker. The blood used in the installation was stored up gradually over 18 months. The conservation included a number of manipulations to preserve the blood’s chemical composition, color, homogeneity and sterility to avoid bacterial contamination. The total amount of blood conserved was around 4.5 liters; it was then diluted to yield 7 liters, the amount required for the installation. The blood was diluted with distilled water and preservatives such as sodium citrate, antibiotics, antifungal agents, glucose, glycerol etc. The last portion of blood (200ml) was drawn from my arm during the performance presentation, shortly before the launch of the installation. 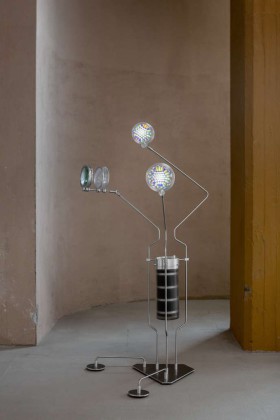 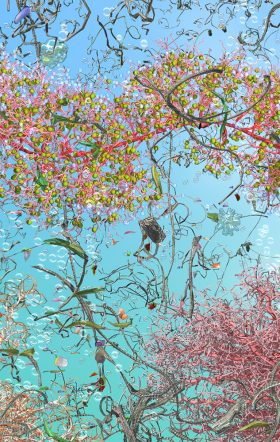 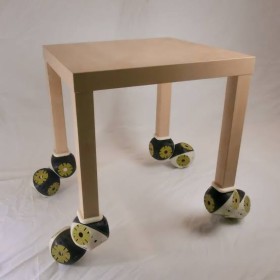 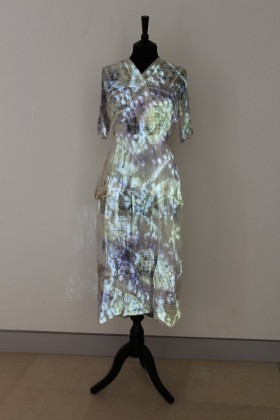 Bacteria Dress
Using one of the most unusual materials you could imagine, artist Anna Dumitriu transforms superbugs into unique items of clothing. The artist sterilizes strains of deadly bugs that kill tens of thousands of people across the US each year. She then uses the strains to embroider into dresses and quilts. Her work has a fascinating concept behind it, exploring the complex relationship between humans and bacteria. 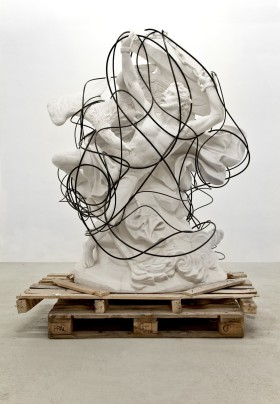 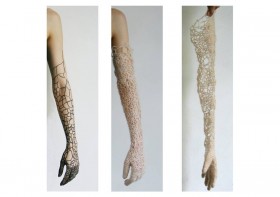 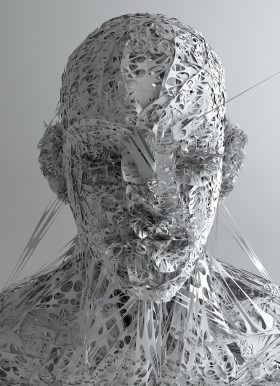 “Bacterial Orchestra” (2006), a self-organizing evolutionary musical organism where each cell lives on an Apple iPhone (it can be ported to any mobile phone, but the iPhone was chosen because it’s popular and the centralized App Store makes it easy for the epidemic to spread). That way, hundreds of people can gather with their mobiles and together create a musical organism. It will evolve organically in the same way as “Bacterial Orchestra”, but it will also be much more infectious. The installation and the ideas behind it can be traced from different areas such as chaos theory, self-organizing systems and neural networks. The goal? A world wide sound pandemic, of course. 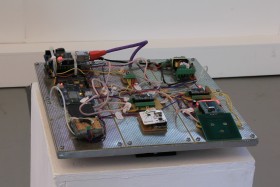 In the earliest stages of my work, I was intrigued by normal flora bacteria, the ubiquitous bacteria that live on us, in us, and around us. At the time this area was described as being of no commercial or medical interest – an ideal area for artistic research some might say! It threw into question for me the ways in which our scientific understanding of the world is limited by mundane things like finance, and how the limits of our understanding are drawn by factors other than curiosity. 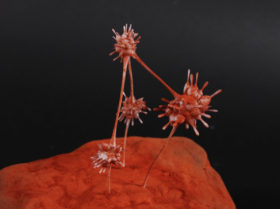 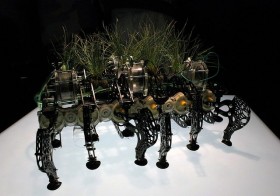 Nomadic Plants
Vegetation and microorganisms live in symbiosis inside the body of the Nomadic Plants robot. Whenever its bacteria require nourishment, the self-sufficient robot will move towards a contaminated river and ‘drink’ water from it. Through a process of microbial fuel cell, the elements contained in the water are decomposed and turned into energy that can feed the brain circuits of the robot. The surplus is then used to create life, enabling plants to complete their own life cycle. As Gilberto wrote in our email conversation, “The nomadic plant is a portray of our own species. It also deals with the alienated transformation of this new hybrid species that fights for its survival in a deteriorated environment.”