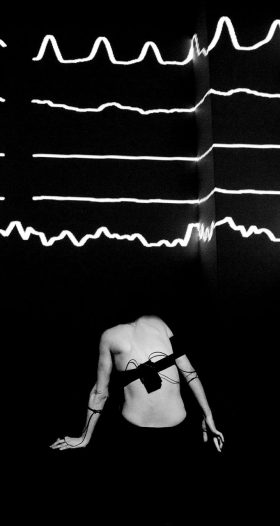 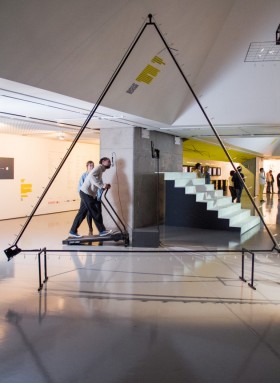 “The work of Dmitry Kawarga normally deals a lot with ideas of biomorphism. A term and a small branch in art history that was very much influenced and formed by Hans Arp. Not just remaining in biomorphism, like Arp, Kawarga adds a whole new social and urban dimension to the works that make us think of terms like ”rhizome” developed by the post-structuralists Deleuze and Guattari. For Dada Moscow, Kawarga invented a totally new work, which seems to be quite different from the abstract biomorph works he normally does. It is an interactive installation that brings up a very powerful sense of the machine and technology fascination the society before the WWI had and it also shows the brutal consequence this fascination had. Kawarga creates a machine that brings the ideas of social models totally to the absurd.” Adrian Notz 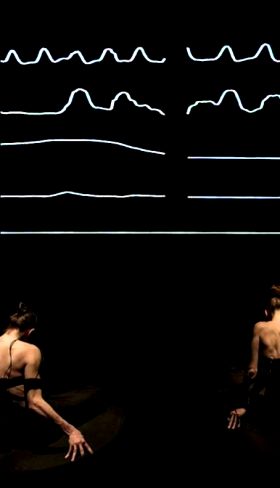 10VE:SEQUENCE FOR TWO
10VE:SEQUENCE FOR TWO is a duet for two amplified bodies equipped with wireless biofeedback and movement devices, measuring the performers heart-rate, stress-level, breath and movement. The synchronizations and correlations of the signals generate a musical representation of the occurring processes between their bodies.