panopticon
“Dream-Image” “represents an artist’s reorganization of his inner world. He evokes the lurking subconscious scenes and demonstrates them at the present, thereby blurring the boundary between realities and dreams, that is, making us unable to distinguish the former from the latter.” Tao Ya-Lun 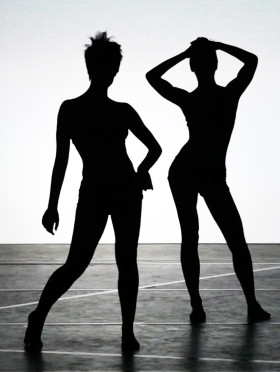 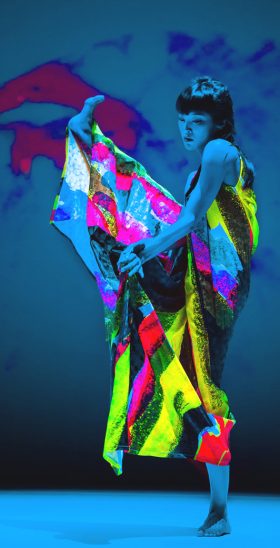 Dans 13 Tongues
Choreographer CHENG Tsung-lung has always been fascinated by his mother’s stories about “Thirteen Tongues”: the street artist and legendary storyteller from their neighbourhood in Taipei was known for being able to slip into various roles. With his full-length work, CHENG succeeds in becoming a modern “Thirteen Tongues” himself: He transforms Taoist rites, festive parades and the bustling street life of Taipei into a fantasy world, blurring the past and the present, the real and the surreal. Against a mysterious soundscape of Taiwanese sounds, Japanese Nakashi melodies and the electronic music of LIM Giong, the dancers stomp and tremble in ecstasy like enchanted shamans in an endless festival. 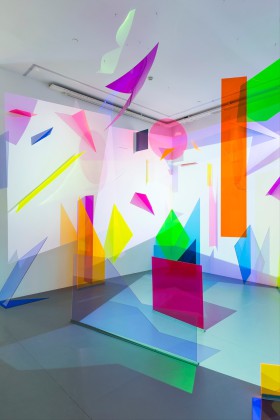 “Flow Through takes as its departure point Bahar Yürükoğlu’s experiences during her travels to the Arctic Circle in 2015, both in the summertime, when the sun doesn’t set, and during the winter months, when darkness prevails. In the exhibition, the artist creates fictional spaces based on the dualities she observed in the Arctic region; blurring the boundaries between presence and absence, past and future, nature and civilisation, as well as cyclical movements and inevitable transformations, these installations, photographs and videos test the viewer’s perceptive capacities, and demand that the dichotomy between the subject and the object is set aside”. Duygu Demir

FORCE
FORCE is an installation work that provides a visualization of the force of gravity via the interaction between gravity and a liquid with carefully computed qualities. Black silicone oil, engineered to achieve the required viscosity, streams constantly from the ceiling under the influence of gravity, forming a black pool on the floor and blurring the distinction between the characteristics of solids and liquids as if it were a sculpture transformed into a liquid. The tightly configured space places the viewpoint in the interface between time, space, and matter, giving us a direct awareness of the reality of our existence within a continuous series of actual moments. 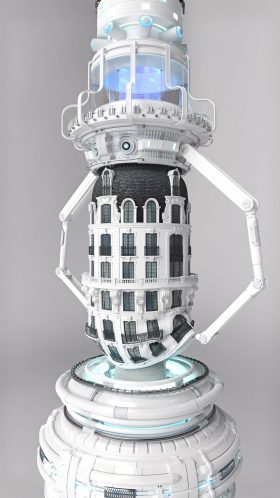 Scroll
Scroll is a seamlessly looping video installation depicting an endless vertical column of cryptic technological contraptions, architecture, fur, and fabric. The unsettling ambiguity of the forms and the discordance between artificial and natural materials confronts the ever-blurring border between technology and the organic. 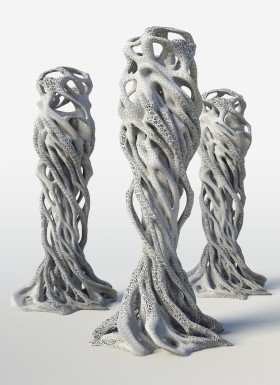 ДАНИЭЛЬ ВИДРИК
Tower Study
Daniel Widrig’s studio now works in a broad range of fields including sculpture, fashion, furniture design and architecture. Embracing digital systems since its early days, the studio holds a unique position in the field and is widely considered to be in the vanguard of digital art and design.The Tower Studies examine this same material behaviour on an architectural scale, further blurring the distinction found on a small scale between structure and ornament. 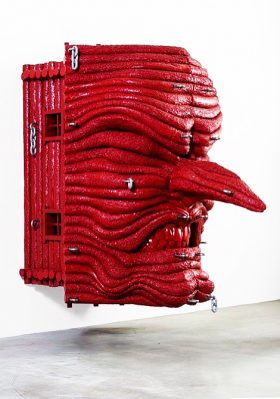 House with Face
“Reiterated and reworked many times, Wolfson’s cast of characters shed new light on contemporary issues. In House with face, Wolfson revisits the witch whose face is recreated in what appears to be a log cabin tied in chains. While he claims not to be a political artist, Wolfson’s work nevertheless mediates the violence in our world today, often blurring the lines between real and imaginary.” S. Ozer 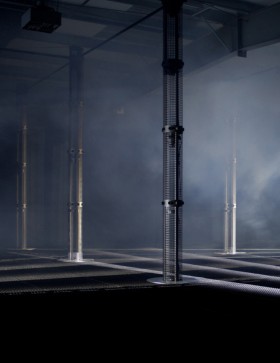 NOQTURNL V1
Noqturnl is an audiovisual meditation exploring collective dreamstate. The audience is invited to spend the night in the 4DSOUND system. A group of listeners are immersed in a spatial experience while they flit around the threshold between waking state and dream. Slow, pulse driven musical constructs, vast landscapes of sound and visual patterns develop over hours as the listeners drifts in and out of sleep, blurring the boundaries between dream environment and physical space: in doing so, allowing conscious access to the vivid, intuitive imagery and sensation within the borders of dream experience. 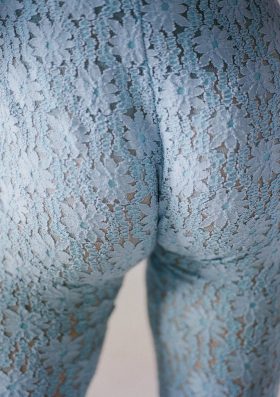 woman 27
Olga is part of a new generation of young women reshaping the art world from Barcelona. Using social media platforms to gain creative traction, and either blurring the lines between creative genres, she describes herself as an “imager”. Fashion with a documentary edge, strange still-lifes against brightly colored backgrounds, and monochromatic arrangements of ordinary objects. Teo Sandigliano 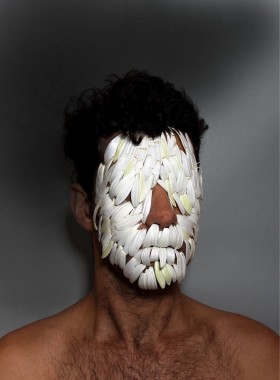 Self portrait with white odor
I started the project as a personal research in odor. At the beginning I tried to experience the world through smells and without them, tried to learn my own smell through designated mask. I “Recorded” Smells in primitive ways and spread them artificially. Then I tried to neutralize my sense of smell by using blurring “White odor” as if I was an anosmic for one day. I created conceptual models for an instrument that would “increase odor”, and for an instrument that will allow you to smell danger/diseases 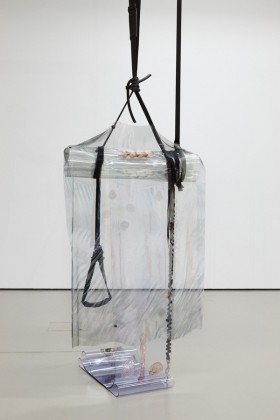 Syphon Solutions
Alisa Baremboym is an American artist based in New York who draws her source from domesticity and the handling of objects that are affiliated to this environment. Blurring the line between photography and other mediums such as sculpture and painting, she creates hybrid objects that investigate, appropriate, and extend critical aspects of materiality, process, abstraction, and pictorial ideas. 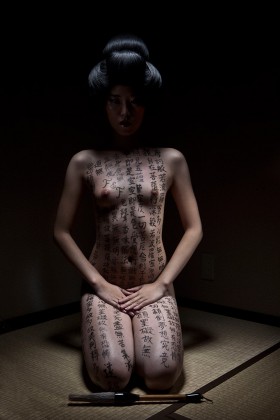 Japan Diaries
“As outside observers, the Formentos’ stylized images explore the dichotomies that embody modern Japan- blurring the aesthetics between tradition and the ultra modern, fantasy and reality. The captivating tableaus exude a sense of tension, melancholy, and a quiet unease. Each image from Japan Diaries exists as if it were a still taken from a Japanese film noir, each solitary figure yearning for something unknown.” 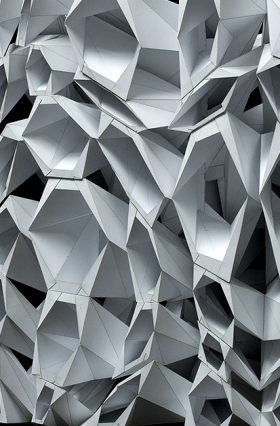 Blurring structure
Oliver Tessmann is an Assistant Professor (tenure track) in the School of Architecture and the Built Environment, KTH Stockholm. His teaching and research in the Architectural Technology Group revolves around computational design and digital manufacturing in architecture. 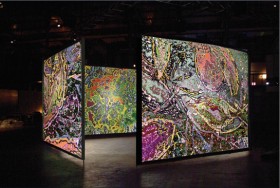