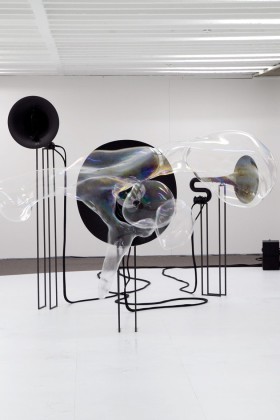 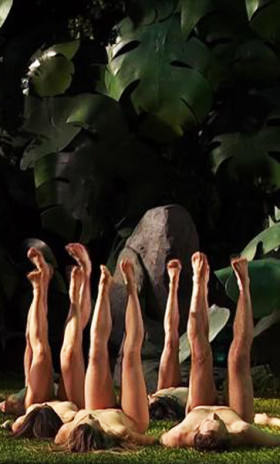 The first merit of this new production, streaming with intelligence, is that Laura Scozzi and Christophe Rousset have read Fuzelier’s verses deeply. And of Rameau, we must add, so much the composer, perpetually dissatisfied with his poets, harassed them word for word, when he did not take up the pen himself. In addition to lines which, like his contemporary Marivaux, seem to have been invented instantly, Fuzelier has built a dialectical finesse between peace and war, joy and hatred, pleasure and violence, the state of Nature and the state of society. The Gallant Indies according to Laura Scozzi are not a gigantic burst of joy. On the contrary, they reveal a perpetual and restless balance between shadow and light and are a look, less consensual but true and human, on the Age of Enlightenment. Here is a startling ideological reversal, without any forcing: Laura Scozzi has simply revealed the implicit nature of a libretto, so far read superficially. 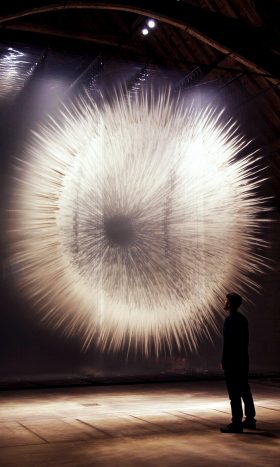 Vision II
David Spriggs’ Vision artwork series have a distinct focus on the senses. Accentuated by an affinity between its subject matter and the fragmentary nature of the medium, there is a tension created between form and emptiness. Appearing both as an implosion and as an explosion depending on the one’s perception, the viewer has the sense that he/she is observing a form in becoming, yet at the same time breaking down. The immersive experience created by Vision provides the audience with the impression that they are in the midst of witnessing an event, something of monumental proportions akin to the Big Bang. In changing viewpoints by navigating around the work, Vision is continually altered, breaking down at the sides so that the viewer can only see the edge planes of multiple sheets, begging the question: Is there in fact a form, or just individual images? 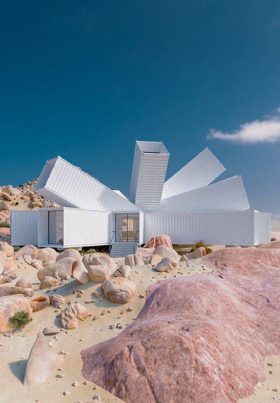 Whitaker has envisioned an “exoskeleton” made of shipping containers painted bright white. The containers appear like a starburst, with cuboid forms pushing out in all directions.The home is intended to offer a connection to the sun-baked landscape, while concurrently providing a sense of protection and privacy. Square windows frame views of the blue sky and rugged terrain. In some areas, faceted ceilings give the effect of being inside a crystalline form. 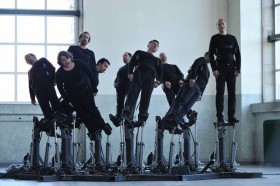