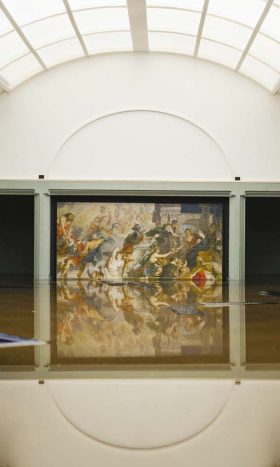 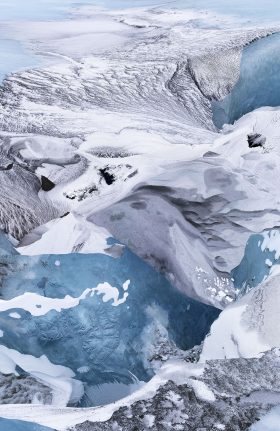 Terraforming
The video work “terraforming” focusses on the transformation of a natural environment through energy input. The underpinning idea is that of three phase system change. This begins with the stage of equilibrium where a system is in a certain balance and not changing at all. In the next stage an evolving system enters a state of motion and change where it moves away from equilibrium. The third and final stage is the phase of transformation in which the original system becomes something else. The key element in this transformation process is the sun. This process is called terraforming, whereby a hostile environment, i.e. a planet that is too cold, too hot, or has an unbreathable atmosphere, can be altered to make it suitable for human life. Such a process is not merely a futuristic scenario but represents exactly what is happening on Earth at this moment as the process of atmospheric change brought about by increasing CO2 emissions heats up our planet and speeds up the process of climate change.
video