File Festival
Paul Robertson is an Australian animator and digital artist who is known for his pixel art used in short films and video games. He is mostly known for Scott Pilgrim Vs. the World: The Game and the recent release, Mercenary Kings. Apart from his seasoned career as a game designer and movie creator, Robertson has been recently spotted on Tumblr with these GIFS. His interest in inserting flashing neon colors, geometric shapes, Japanese character animation, and 1990′s computer imagery, deems his work as heavily influenced by the Seapunk/Vaporwave aesthetic. 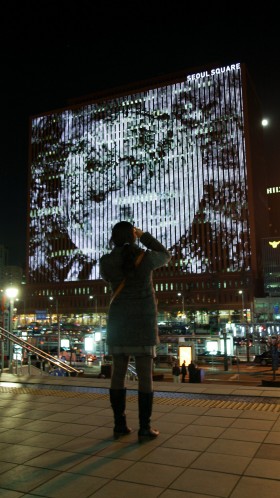 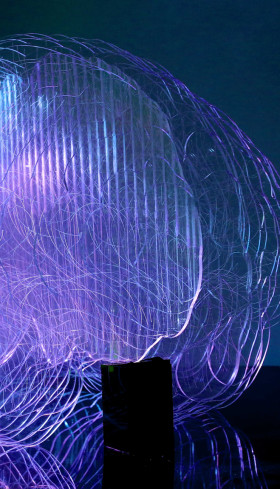 B R A I N L I G H T
“The catalyst for this research project was my flourishing intrigue and desire to harnesses my own Brain as the creator of an interactive art experience where no physical touch was required except the power of my own thoughts. To experience a unique visualisation of brain activity and to share it with others I have created a large freestanding brain sculpture that is made of laser cut Perspex hand etched with neural networks that glow when light is passed through them.” Laura Jade 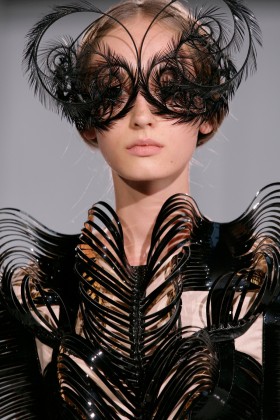 Айрис Ван Эрпен
イリス ヴァン ヘルペン
Iris van Herpen is a Dutch fashion designer who is widely recognized as one of fashion’s most talented and forward-thinking creators who continuously pushes the boundaries of fashion design. Since her first show in 2007 van Herpen has been preoccupied with inventing new forms and methods of sartorial expression by combining the most traditional and the most radical materials and garment construction methods into her unique aesthetic vision. 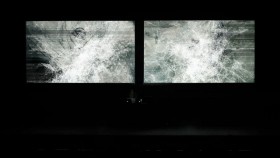 黒川良一
Syn
2011 –
Audiovisual Concert
Diptych | 2.1ch sound
Duration: 30’00” – 45’00”
The Japanese artist Ryoichi Kurokawa has been a pioneer in audiovisual art in the past fifteen years, working with multiple media that bring together sound and image in a totally new language. Currently based in Berlin, Kurokawa continues to explore the symbiosis between technology and nature, order and chaos.Kurokawa stands as out as a new international reference in the field of digital art, a creator of trends and a pioneer in new aesthetics in artistic work.