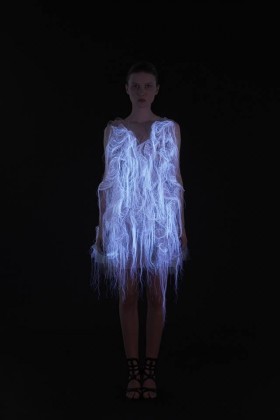 no(where) now(here)
Fashion designer Ying Gao has fabricated a pair of dresses that writhe around and light up when someone stares at them.”We use an eye-tracking system so the dresses move when a spectator is staring,” Ying Gao told Dezeen. “[The system] can also turn off the lights, then the dresses illuminate.” The gaze-activated dresses are embedded with eye-tracking technology that responds to an observer’s gaze by activating tiny motors to move parts of the dresses in mesmerising patterns. 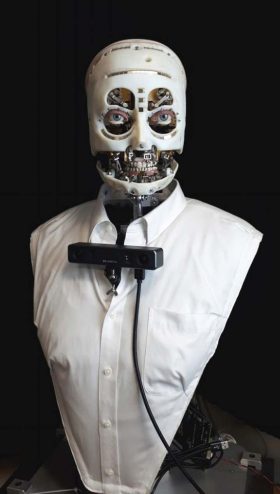