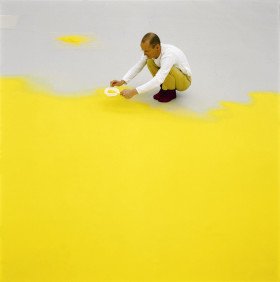 MoMA
The MoMA presentation of Wolfgang Laib’s “Pollen from Hazelnut” follows a long history of the artist’s work with natural materials. The artist has created pollen fields dozens of times over 36 years, in high profile, highly trafficked museums and institutions around the world, for as long as one year, with no known incidents. For the MoMA installation, the artist is incorporating the same materials in the same manner. 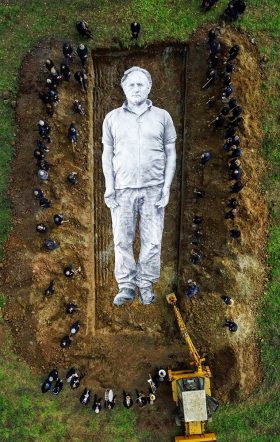 Omelia Contadina
‘Omelia Contadina’ was born out of JR’s interest in the difficulties encountered by a large number of small farmers and inhabitants of rural italy. Alice Rohrwacher explains the origins of the project: ‘last autumn, during a walk on the border between Umbria, Lazio and Tuscany, I told my friend and artist JR of my concerns about the destruction of the agricultural landscape, violated by the intensive monocultures with which major corporations are shaping entire territories. I told him, as the daughter of a beekeeper, of the mass death of insects that such changes bring about… At one point, we stopped at a crossroads: on all sides, uninterrupted rows of hazelnut trees filled the landscape as far as the horizon. As we looked upon this, we commented to each other that it looked like a war cemetery. On the way back we decided — if it looks like a cemetery, we have to hold a funeral. But it must be a funeral full of life!‘ 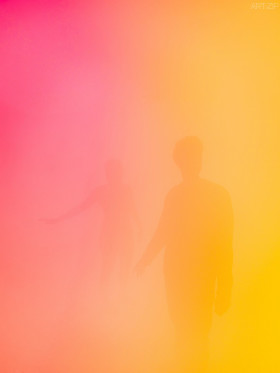