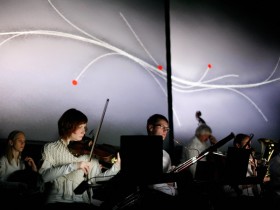 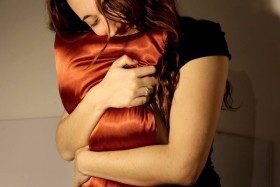 Heart Pillow
File Festival
“Heart Pillow” is a transhuman artifact that reproduces a person’s heartbeat remotely and in real time. It allows the very pulse of life to be transferred into an everyday object – a pillow – making it serve both as an extension to the user’s body and as mimicry of life itself, playing with the perceptions we might have on how life can be defined. It raises interesting questions on the meaning of the words “emotion” and “affection” and their scalability to the various modes of interaction that may arise from an augmented object. “Heart Pillow” can be used in any situations in which transferring a heartbeat into an everyday object can be interesting or useful, such as connecting a couple that is apart, to calm down new born babies with the known feeling of their mother’s heartbeat or as an extension of the self into an everyday object as a mean of reflection. 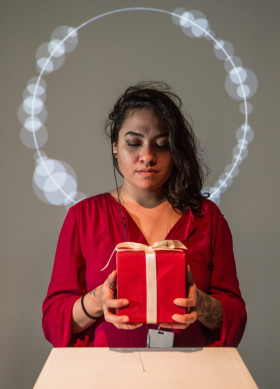 Akihito Ito + Issey Takahashi
FILE FESTIVAL 2018
story changes in the body as it acclimates to a new rhythm. Participating in the installation can bring about unexpected emotional responses that also affect heart rate variability and, thereby, get recorded, too. The reason why the gift-box is used as an indicator of the heartbeat is because it is a metaphor of a “Gift.”more…