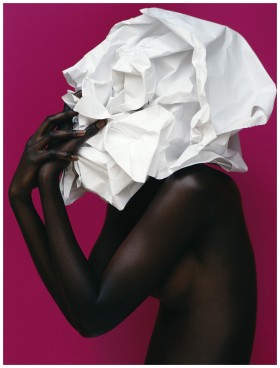 Arjowiggins skin paper
After living as political refugees for nearly 25 years, Bolofo and his father returned to South Africa, an experience documented in his short film The Land Is White, the Seed Is Black. His keen eye for lively, dynamic images has won him accolades for his fashion photography[…]

Du corps et du cœur
Born in South Africa, Koto Bolofo and his family fled to Britain when he was still a child after his father, a history teacher, was discovered to have writings by Karl Marx among his classroom materials. After living as political refugees for nearly 25 years, Bolofo and his father returned to South Africa, an experience documented in his short film The Land Is White, the Seed Is Black. His keen eye for lively, dynamic images has won him accolades for his fashion photography—Bolofo editorials have appeared in Vogue, GQ and Interview, to name a few; his advertising clients include Burberry, 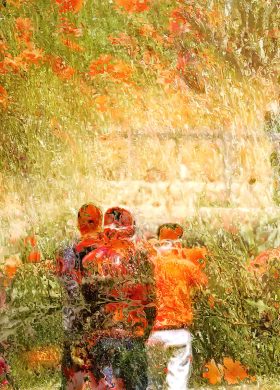 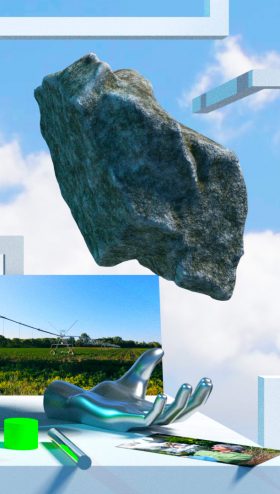 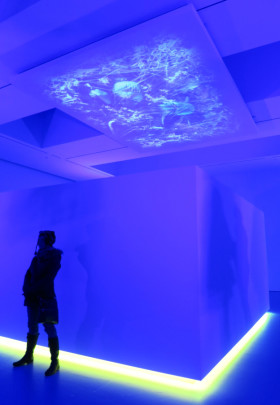 Through a combination of the temporal qualities of video and the architectural dimension of its physical installation, Thater’s work explores the artifice of its own production and its capacity to construct perception and shape the way we think about the world through its image. Natural diversity, wildlife, and conservation have been persistent themes in the artist’s work, and she has dedicated herself to an examination of the varied kinds of relationships humans have constructed with animals. While her in-depth studies of ecosystems and animal behavior propose observation as a kind of understanding in itself, her ethical position is implicit in the work, which, while subtly political, provides views of the sublime in all its incarnations—stunning, beautiful, and simultaneously terrifying.

HeLa on Zhora’s coat
Aleksandra Domanović’s work is concerned with the circulation and reception of images and information, particularly as they shift meaning and change register, traversing different contexts and historical circumstances. Her works create strange taxonomies and manic associative chains that poke and prod at copyright laws, unpack the geopolitical implications of web domains, or explore, for instance, the model of exhibitions 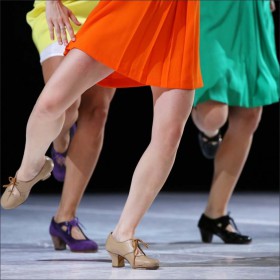 carmen(s)
French dancer and choreographer José Montalvo often delves deep into his past and revisits his Spanish childhood, and the political exile of his family to France. He reconciles many dance styles, video images and a taste for musical installations and all of which are the ingredients that have made his reputation.more..