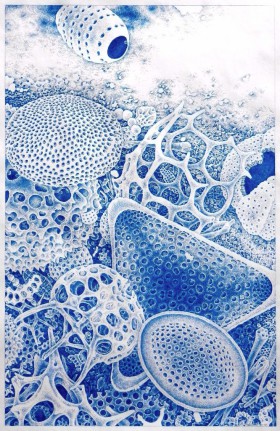 The function of my art, visually, is to reconstitute subjects presented through scientific research, (via electron micrography, deep sea photography, or deep space imagery) into idealized forms. This method is perhaps more akin to an 18th century naturalist’s catalogue of documented specimens from far off lands, returning to be deciphered and judged under the reigning doctrines of the day. 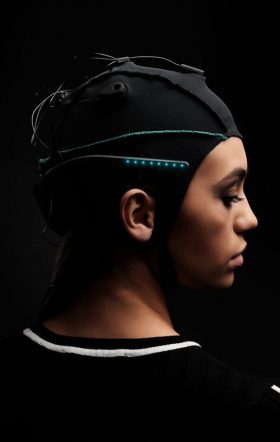