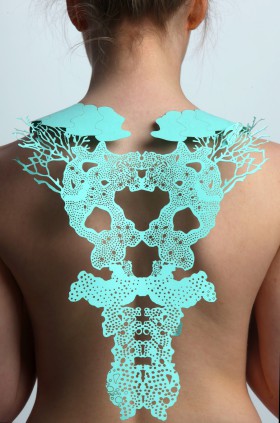 “I like to think of the collection as an important reminder that everything is interconnected; humans and nature are part of the same unit. Essentially I hope my work will act as a reminder of the beauty and magnificence of nature as well as being something really special to wear.”

Everything
FILE GAMES 2017
Everything is an interactive experience where everything you see is a thing you can be, from animals to planets to galaxies and beyond. Travel between outer and inner space, and explore a vast, interconnected universe of things without enforced goals, scores, or tasks to complete. Everything is a procedural, AI-driven simulation of the systems of nature, seen from the points of view of everything in the Universe.