Journey
JOURNEY is a 4 min. immersive audiovisual experience, telling the story of photons, primary elements of light, from the moment they approach the eye until the brain reconstructs them into perceivable forms. Our journey begins with the formation of photons in blank space, the colored photons approach the eye and we find ourselves in the capillary structure of Iris, the first layer of the eye. Next stop for the light particles is the Lens, which has a more crystalline form. We find ourselves in a refractive and fractalized environment. With an accelerating pace, we move towards a structure of many capillaries, aka optic nerves, gradually becoming thinner and eventually transmitting light particles towards neurons. 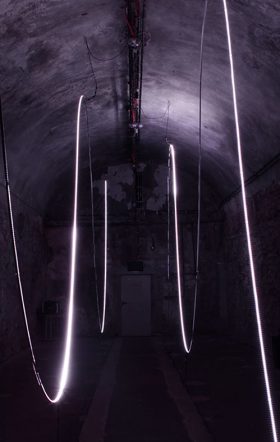 The weight of light
Light, as we usually interpret it, is an element without mass and gravity. For “the weight of light” a physics engine simulates the kinetic forces of a moving object. This mass is projected on a wave shaped structure in virtual space. The moving object is represented as a light particle in physical space. Gravity, mass, density and friction affect velocity and acceleration of these light particles. As the particles movement is based on a simulation, it does not have to adhere to the physical realities we know from everyday life. Therefore the installation goes beyond expected behaviour. Thus the matter of light traverses a reinterpretation of our known reality. 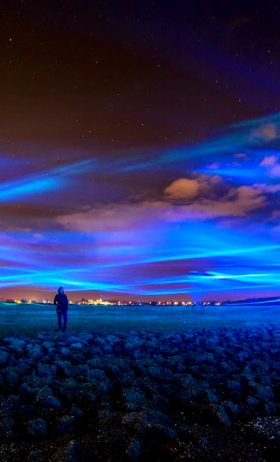 Dubbed “the northern light of the Netherlands” by Studio Roosegaarde, the Waterlicht installation is designed to create the impression of a “virtual flood”.The waving lines of light spread across 1.6 hectares bear a resemblance to the northern lights – the natural phenomenon created when charged particles enter the Earth’s atmosphere – when viewed from underneath. 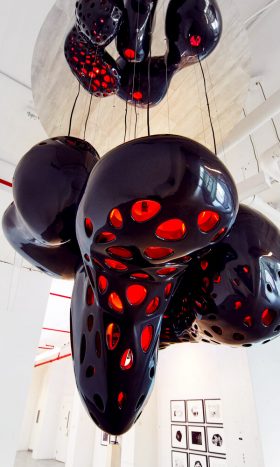 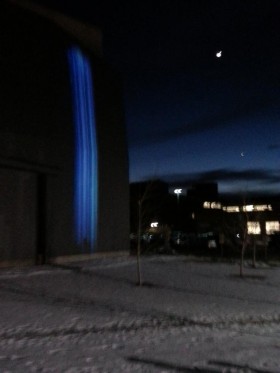 Particle Falls is a large-scale, real-time visualization of air-quality data.On a background of falling blue light, spots of bright, fiery color emerge and crackle, representing the presence of fine particulate matter, as detected by a nearby air monitor. Fewer bright spots over the falls mean fewer particles in the air.Particle Falls draws our attention to the invisible particles that surround us and that may affect our health. While the visible smog that plagued many U.S. urban centers decades ago has been mitigated by technology and regulatory measures, microscopic threats to our air continue to exist and often go unnoticed. Particle Falls is one way we can learn more about the quality of air around us. 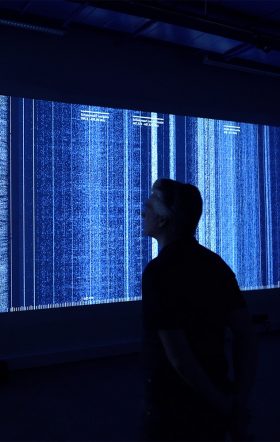 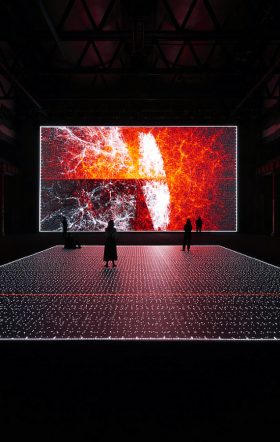 micro | macro
micro | macro transforms Hall E in the MuseumsQuartier into an oversized world of moving images and sounds. In his immersive installation, multimedia artist Ryoji Ikeda creates a field of imagination between quantum physics, empirical experimentation and human perception. In collaboration with nuclear scientists at CERN, Ikeda has translated complex physical theories into a sensory experience. The Planck scale is used by scientists to denote extremely small lengths or time intervals. Concepts like space and time lose their meaning beyond this scale, and contemporary physics has to rely on speculative theories. And on art. Visitors to micro | macro enter a world of data, particles, light and sound that makes the extremes of the universe perceptible to the eye and ear. In the micro world we penetrate the smallest dimensions of the unrepresentable, while in the macro world we take off into cosmic expanses that allow us to experience the infinite space beyond the observable universe. In this maelstrom of data, an acoustic and visual firework bridges the gap between theoretical understanding and sensual perception.

The project is part of an ongoing process entitled «frequencies», exploring basic sound and light dichotomic systems. Here, frequencies (light quanta) stems from a fascination towards science, light, and granular synthesis allowing to create clouds/grains of sounds. The conceptual focus lies in the quantum — the smallest measurable value of energy —, on the smallness of matter. The whole project is based on the possible conceptual relationships between basic quantum physics principles applied to the audio-visual creative process: particles, probabilities, wave/particle duality and discontinuity. Metaphorically structured around these notions, the audio-visual composition stems from 100 sound and light micro-sequences that develop themselves, generating an ever expending but yet disruptive form in time and space. With the use of randomness, the vectorial graphics are always creating new ways to look at the visual, physically superimposing pattern images. 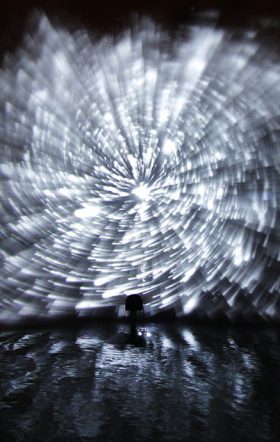 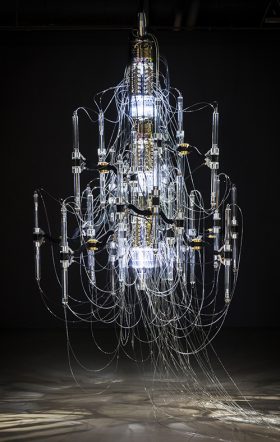 Impulse
The Cascade Project explores matter by capturing the pattern of muons: i.e. electrically charged subatomic particles. It does so through an installation comprised of three live elements: a muon detector; a complex assemblage of pumps; and an arrangement of tubes through which fluid flows. When muons are detected, a light and connected pumps are activated, triggering the movement of an uncanny, viscous fluid through the sculptural system. 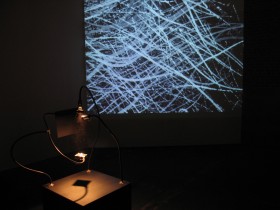 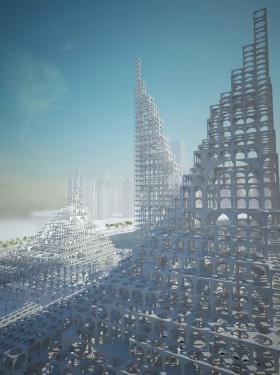 على فوجيموتو
후지모토에
על פוג’ימוטו
НА ФУДЗИМОТО
Souk Mirage
The Souk Mirage, or “Particles of Light”, master plan is composed of modular structural system of arches that range in size according to program. Originally “inspired by the harmonious silhouette of traditional Bedouin tents,” the arches’ purpose is to provide a simple system of organization whose “unique and timeless architectural expression” provides the framework for an intricate retail, office and cultural center shaped around public plazas and atriums. 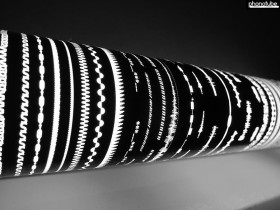 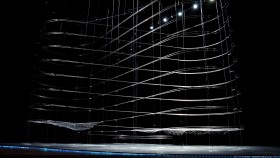