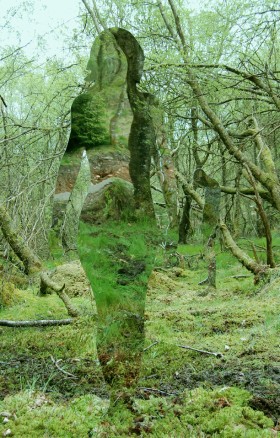 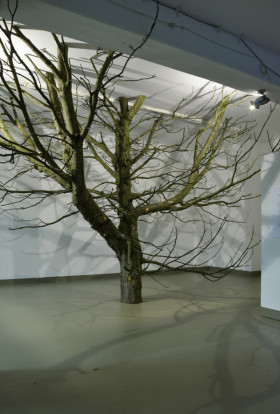 朱塞佩 利卡里
The sky in a room
“Nature has always been a big passion and the relation of nature and man-made environments is something I often try to confront in my work. The Sky in a Room was first inspired by the forests’ fires that in 2007 destroyed a big part of the south of Europe. They were largely man-made fires, intending to generate new land available for building speculation. A sick tree was cut down by the municipality of Rotterdam, cut in smaller pieces, archived and re-built inside the exhibition space, against the architectural surfaces of the gallery. The trunk of the tree was removed in order to give the public a different physical relation to the tree itself and to the white sterilized space of the gallery. The dead tree presents its branches covered with a layer of moss and molds creating a suspended landscape.” 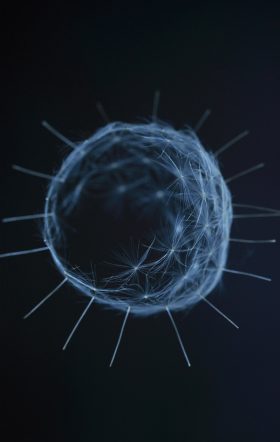 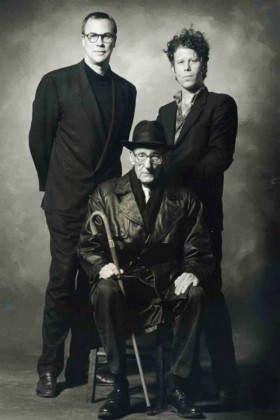 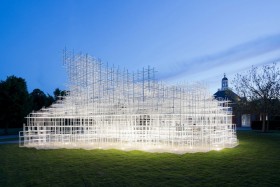 He described his Serpentine project as “…an architectural landscape: a transparent terrain that encourages people to interact with and explore the site in diverse ways. Within the pastoral context of Kensington Gardens, I envisage the vivid greenery of the surrounding plant life woven together with a constructed geometry. A new form of environment will be created, where the natural and the man-made merge; not solely architectural nor solely natural, but a unique meeting of the two.”