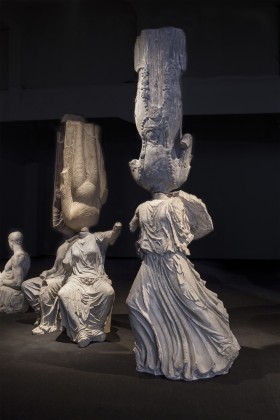 徐震
Eternity
Xu Zhen is one of the most interesting and promising artists working in China today. An irreverent artist with a voracious appetite for global information and a unique ability to produce work across multiple platforms and media.Xu Zhen is a conceptual artist whose work often takes the form of provocative sculptures, installations and interventions that confront sociopolitical taboos in contemporary China and freely manipulate western expectations of Chinese art and commerce. 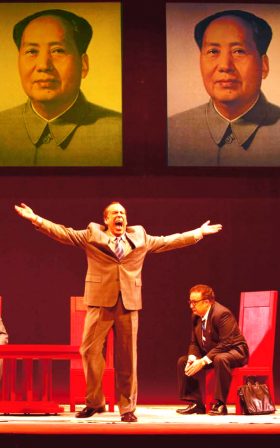 Nixon in China
During his rise to power, Richard Nixon became known as a leading anti-communist. After he became president  in 1969, Nixon saw advantages in improving relations with China and the Soviet Union; he hoped that détente would put pressure on the North Vietnamese to end the Vietnam War, and he might be able to manipulate the two main communist powers to the benefit of the United States.”There is no place on this small planet for a billion of its potentially most able people to live in angry isolation.”Richard Nixon
opera