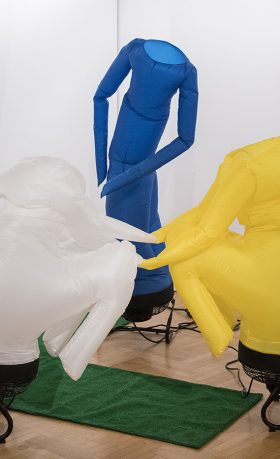 ODYSSEUS AND THE BATHERS

Far from the traditional pastoral scenes that are evoked by the exhibition’s title, the New York-based artist has conjured a bright and minimalist series of kinetic sculptures at the Museum of Cycladic Art in Athens.For the new works, the artist drew inspiration from Ancient Greece. This was not only through the titles of his work, which play on the names of characters from The Odyssey, but also through an exploration of the characteristics of the protagonists.Abstract and enigmatic, Paul Chan artfully brings the philosophical tethering of Ancient Greek thought to a modern and relatable new setting. Odysseus’ drive to return to his home after the Trojan War, and the way in which he navigates the journey, becomes a poignant metaphor for contemporary experience. 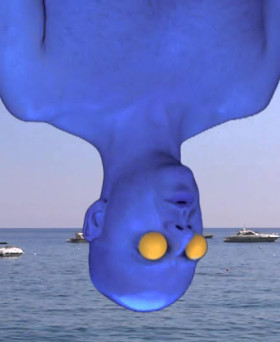 Generator
A story about a tourist drowning in the Mediterranean, the transition of the body from life to death, and a metaphor-laden sock puppet.