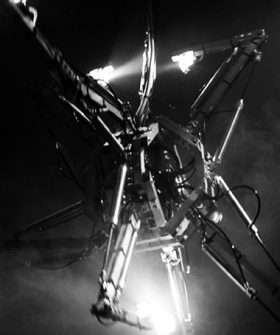 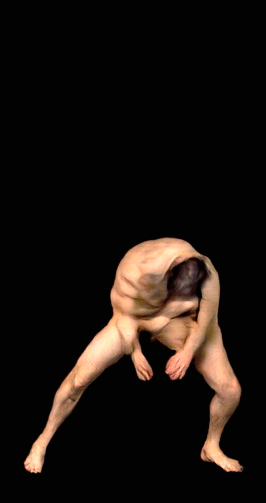 Self-contained II
A neural network, trained to see the world as variations of the artist’s body, enacts a process of algorithmic interpretation that contends with a body as a subject of multiplicity. After training on over 30,000 images of the artist, this neural network synthesizes surreal humanoid figures unconstrained by physics, biology and time; figures that are simultaneously one and many. The choice of costumes and the movements performed by the artist to generate the training images were specifically formulated to optimize the legibility of the artist within this computational system. self-contained explores the algorithmic shaping of our bodies, attempting to answer the question: how does one represent themselves in a data set? Building on the first iteration of the series, the synthetic figures in self-contained II proliferate to the point of literally exploding. Through the arc of self-contained II, this body that grows, multiples, and dissolves never ceases to be more than a single body.