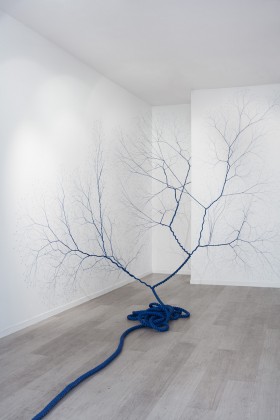 ciclotrama
the artworks have gone through 17 different iterations since 2010, each involving some form of ropes that seem to branch through the air and splay onto surfaces like fractals or a network of neurons.