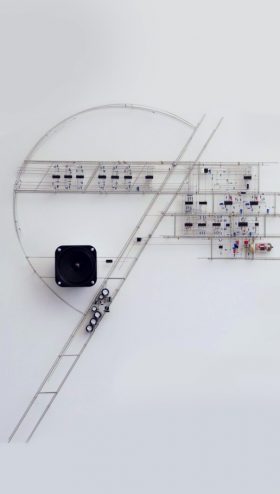 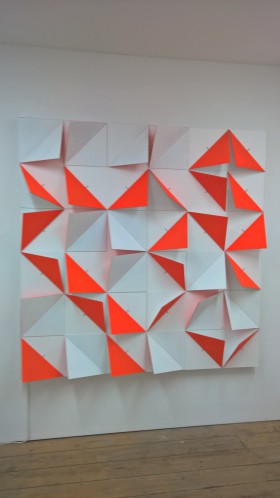 Calculations, permutations and notations
LAb|au| developed a transdisciplinary and collaborative approach based on different artistic, scientific and theoretic methods, examining the transformation of architecture and spatio-temporal structures in accordance to the technological progress within a practice entitled ‘MetaDeSIGN’. Metadesign [ meta = information about information ] displays the theme of space-constructs relative to information processes – architecture as a code. It concerns the transposition of inFORMational processes in n-dimensional form. 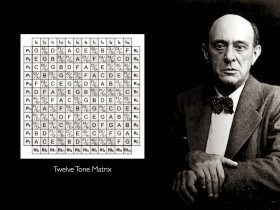 In a twelve-tone composition, every note can be accounted for as being a member of the original series or one of its permutations, providing unity to the piece as a whole. Additionally, a twelve-tone series is a repository of intervals and can be seen as an outgrowth of atonal music with its emphasis on interval over chord or scale. The basic premises of twelve-tone music are as follows: 1- All twelve notes of the chromatic scale must occur; 2-No note can be repeated in the series until the other 11 notes of the chromatic scale have occurred (exceptions include direct repetition of a note, trills, and tremolos); 3-The series can be inverted, retrograded, and the inversion can be retrograded; 4-The order of notes in a series remains fixed, without reordering. 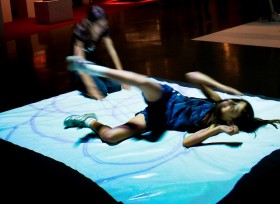 Aquaplayne lays out a new field of expression by extending the framework for immediate experience. The horizontal plane bypasses recognition and “sets up” an interactive surface, making a play of art by providing the viewer with instant access to the creative flow. In the movement from observation to participation we interface with an intelligent canvas through the automatic rendering of action into effect. The “body in motion” plays across a field of sensation, making the ripples of possibility appear as an ever-changing artwork. Unlike the action painter, whose technique is to offload creative energy in the painterly gesture, the activator retrieves what has already been deposited as data and brings it to the surface, aquaplaning on a stream of information. The virtual is restored to the actuality of expression, brought back to life in the flux between cause and effect, between code and composition. The calibrated experience of Aquaplayne is the art of permutation, the programmed initiative played and replayed as the artwork in formation.