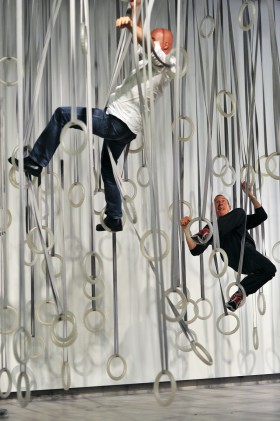 ויליאם פורסיית
ウィリアム·フォーサイス
威廉‧科西
윌리엄 포사이드
УИЛЬЯМ ФОРСАЙТ
the fact of matter
The choreographer William Forsythe constructed this installation to encourage participants to swing and stretch their way across a defined space. In practice it is an incredibly difficult activity, particularly for adults as you realise how heavy and “clumsy” your body actually is. 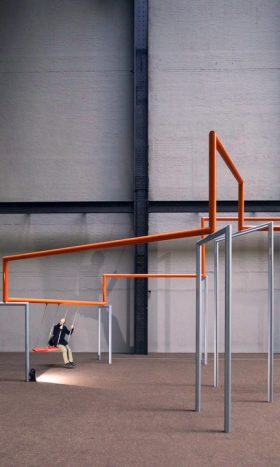