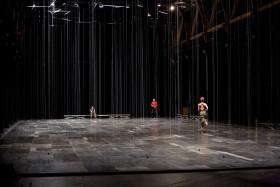 Suspended from automated grids, more than 400 pendulums are activated to initiate a sweeping 15 part counterpoint of tempi, spacial juxtaposition and gradients of centrifugal force which offers the spectator a constantly morphing labyrinth of significant complexity. The spectators
are free to attempt a navigation this statistically unpredictable environment, but are requested to avoid coming in contact with any of the swinging pendulums. This task, which automatically initiates and alerts the spectators innate predictive faculties, produces a lively choreography of manifold and intricate avoidance strategies. 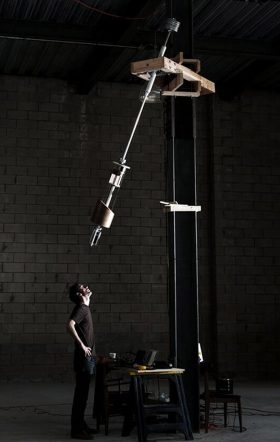