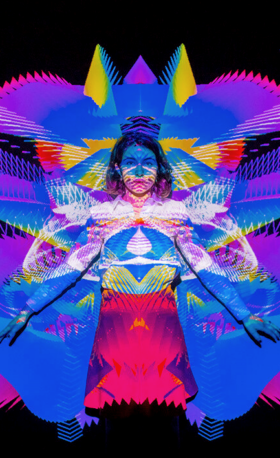 Symbiosis
In the installation area, the human body is augmented with video projected virtual images. Viewer and technology enter a symbiotic relationship and as a result, bring to life wonderful biomorphic creatures. They change constantly – reacting to your every movement and turning into new and unique forms each time. The installation was inspired by the symmetry of living organisms, the structure of exotic insects, and reflections on extraterrestrial life forms. 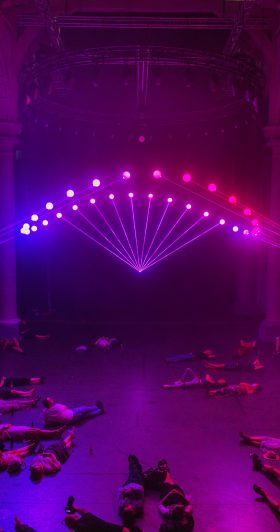 SECHS
SECHS brings Bach’s heritage together with modern composition techniques and a refined kinetic light sculpture – emphasizing and re-interpreting his innovation in symmetry, repetition and composition. Following the likes of Wendy Carlos’ critically acclaimed ‘Switched on Bach’ — the first electronic interpretation of Bach’s work — and later re-interpreters such as Max Richter for Vivaldi, Acket & Vos present this completely new rendering of one of the world’s most influential composers. Together with the kinetic light sculpture by Christopher Bauder and spatial sound innovators 4DSOUND the composition is translated to a spatial immersive experience. 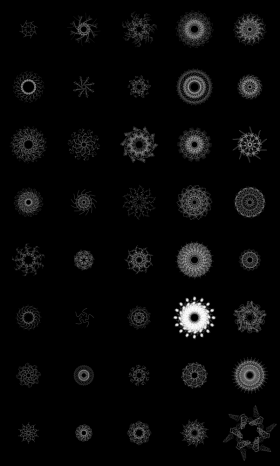 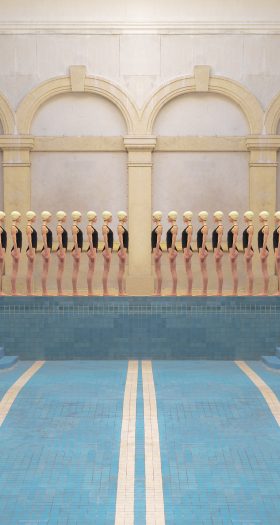 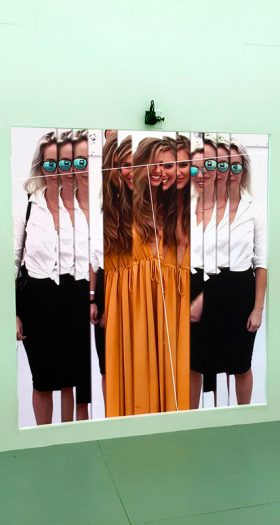 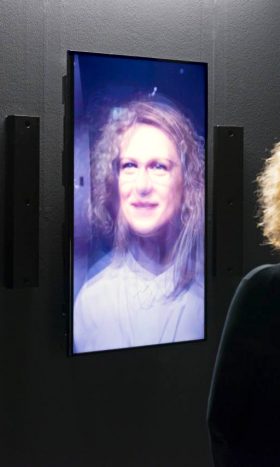 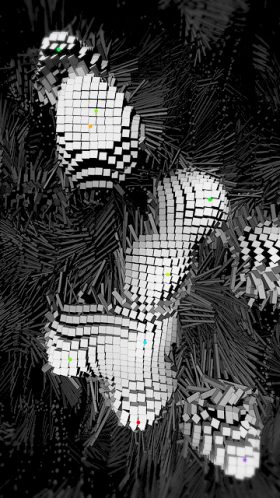 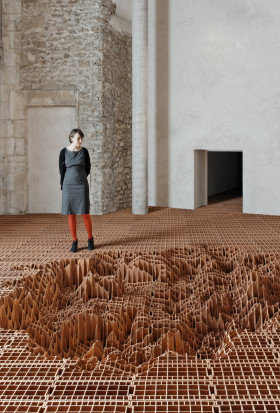 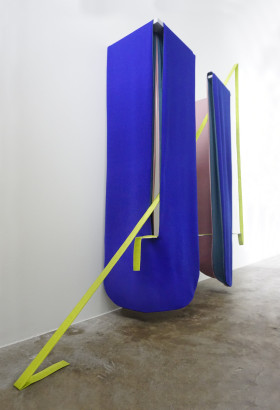 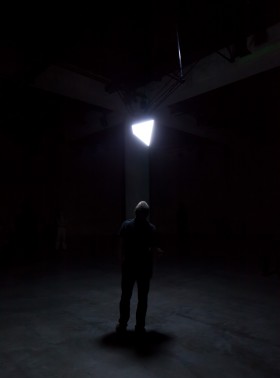 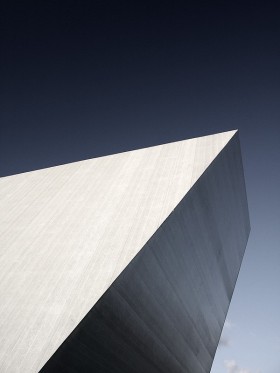 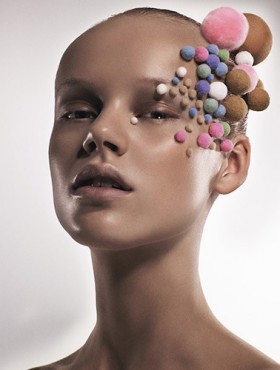 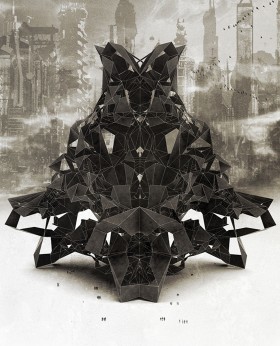 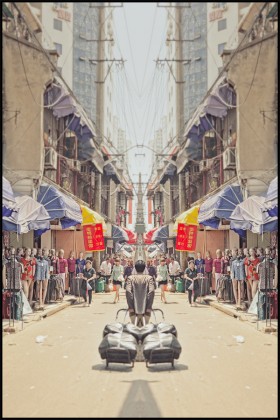 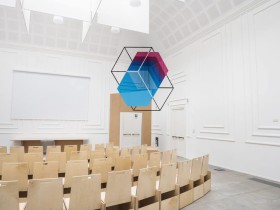 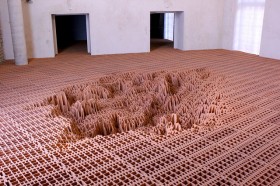 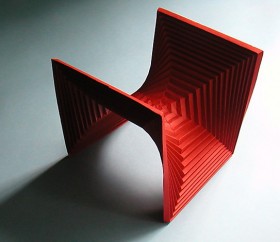 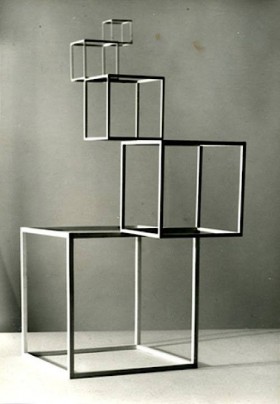 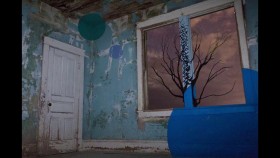