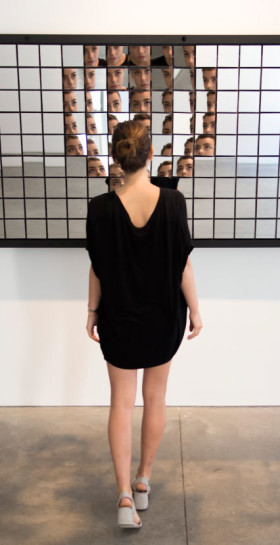 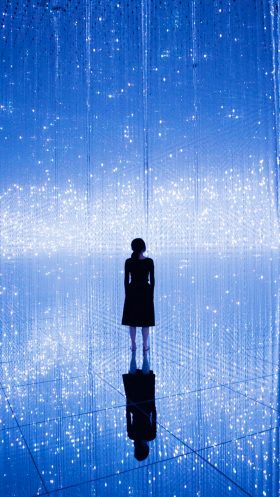 The Infinite Crystal Universe
Pointillism uses an accumulation of distinct dots of color to create a picture. Here, light points are used to create three-dimensional objects. The light sculpture extends infinitely in all directions. People use their smartphones to select elements to throw The Infinite Crystal Universe. These elements are reborn in three dimensions, creating the artwork. The presence of people and their location within the work affect these three-dimensional elements, which in turn influence and are influenced by other elements in the space. This artwork is forever evolving, changing from moment to moment due to the people in the space.