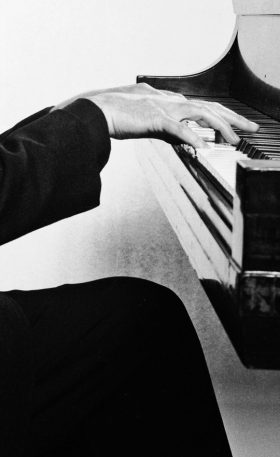 goldberg variations
Bach’s Goldberg Variations—a set of 30 contrapuntal variations beginning and ending with an aria—were outside the standard piano repertoire, having been recorded on the instrument only a few times before, either on small labels or unreleased.The work was considered esoteric and technically demanding, requiring awkward hand crossing at times when played on a piano (these passages would be played on two manuals on a harpsichord). Gould’s album both established the Goldberg Variations within the contemporary classical repertoire and made him an internationally famous pianist nearly “overnight”. First played in concert by Gould in 1954, the composition was a staple of Gould’s performances in the years following the recording.