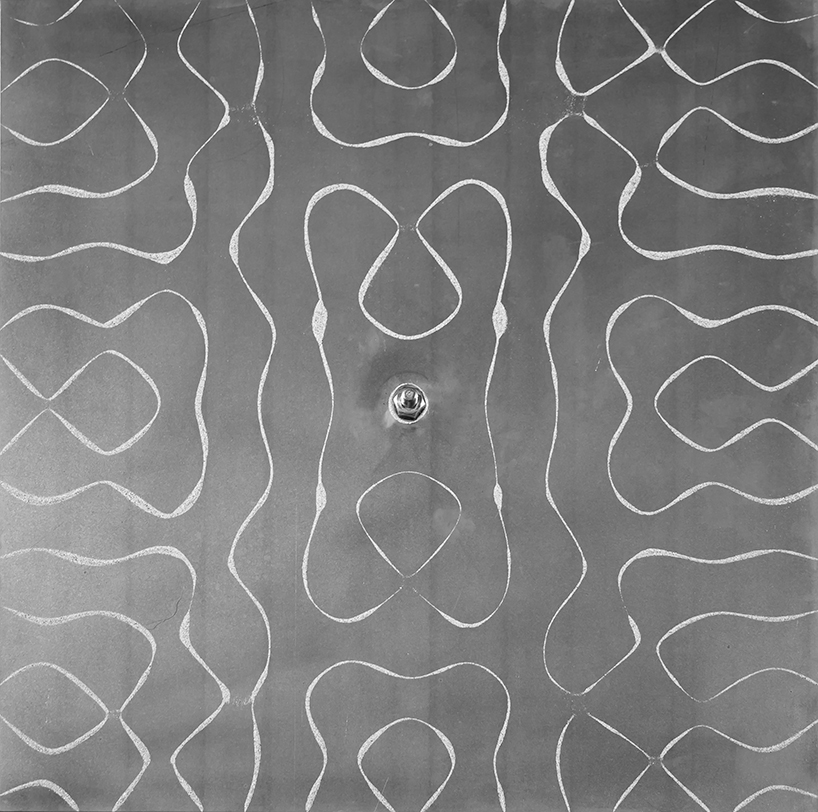 80 mesh – the shape of sound’ is a project that investigates fragmentation, reconstruction and repetition generated through the morphogenetic
possibilities of sound waves – visualized through the modeling of fine grain sand. the work was curated by ravenna-based cultural association
marte and born from a collaboration under the artists group CaCO3 – coordinated by daniele torcellini. the multidisciplinary artwork – informed by the research of the german physicist ernst chladni – is a device composed of three 50 x 50 cm metallic plates that are placed horizontally alongside each other, with a quantity of garnet sand (80 mesh references the particles size) homogeneously dispersed over the plates. the dishes were electrically linked to the sound waves produced by an onde martenot – an early electronic musical instrument invented in 1928 with a similar sound to a theremin – played by ratsimandresy.