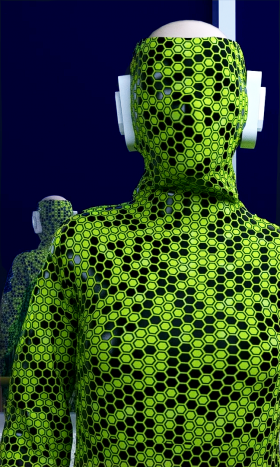 Gaitkeeper
“Just be yourself, and nobody else”. Our motions, as distinctive as our faces, will soon be captured and interned. Gaitkeeper is a biometric control suite designed to counter the challenge of ‘Locomotive Camouflage’. LoCam, which combines the physical control of dance with the unpredictability of performance art, is rapidly being adopted by civic insurgents. Gaitkeeper units, based on the off-the-shelf Kiva chassis, are now being deployed as standard counter measures.

Ai Beetles
THIS NEXT NATURE POST-CAMOUFLAGE AI BEETLE IS INVISIBLE FOR THE ELECTRONIC EYE. THE PATTERNS ARE GENERATED WITH NEURAL NETWORKS AND EVOLUTIONARY ALGORITHMS TO FOOL AND MISLEAD ARTIFICIAL INTELLIGENCE ENABLED SYSTEMS. MY AIM IS TO DEVELOP A CONTEMPORARY RAZZLE DAZZLE STYLE CAPABLE OF MESSING UP LABELLING AND METADATA SYSTEMS. IT LOOKS LIKE A BEETLE FOR US BUT IS SEEN AS E.G. A HONEYCOMB FOR AN AI.
video 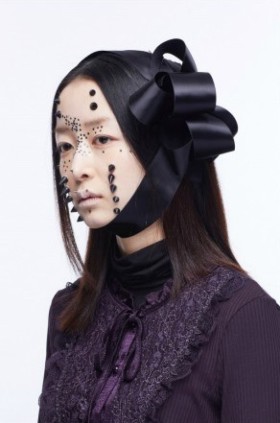 Tech Camouflage: Anti-Facial Recognition.
Model: Kim Jeong Eun
In order to help understand the main discourses covered by the project and to explore various interpretations on the theme of * c-lab 1.0, ‘Beauty, familiar familiarity’, we conducted a “Technology camouflage: anti-facial recognition technology make-up workshop” as a linked program. . Recognizing that facial recognition technology that is widely used with the generalization of smartphones and SNS can also be used as a way to monitor and control individual freedom, as a new form as an alternative to protect personal privacy from such technologies This is a workshop program that has practiced make-up and hairstyle. 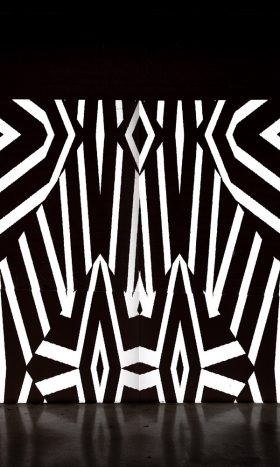 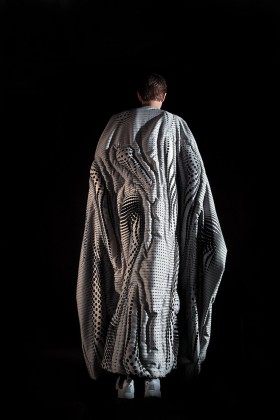 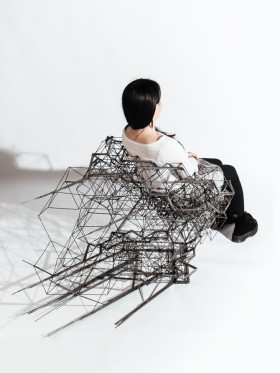 Spacestream
The project uses generative computational strategies to generate series of special stream paths within 3D space frame, giving it structural stiffness and aesthetic values. The generative algorithm is based on use of multi-agent systems, shortest path calculation, lattice stigmergy and structural analysis. The goal is to create continuously thickened bundle paths within the fuzzy 3D space frame structure, where the bundles double as camouflage and reinforcement for the joints/seams between the welded components, allowing for fabrication of large scale structures, mediating between the discreet components and continuous system.Space Stream is a student project which aims to explore influence of rule-based design systems on low-tech fabrication technique of welding. The research concentrates on wireframe structures, which are strengthened through subdivision of basic geometrical units and bundling and reinforcing of the main structural strands. The custom software used for this project is centered on Dijkstra’s shortest path algorithm in combination with agent-based modeling techniques. 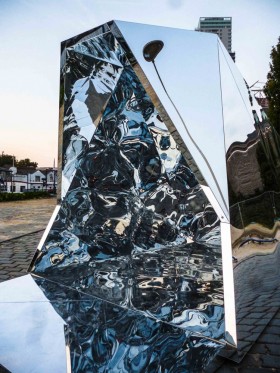 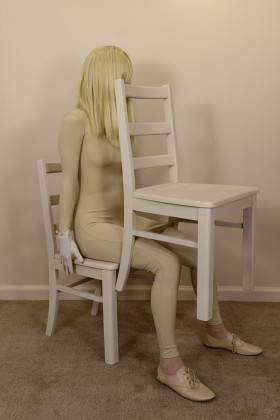 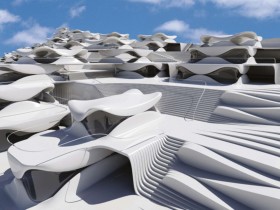 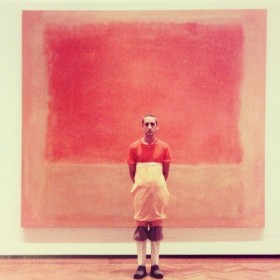 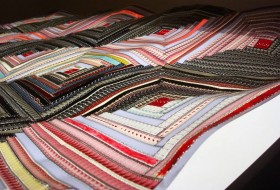