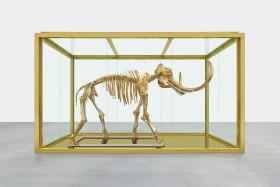 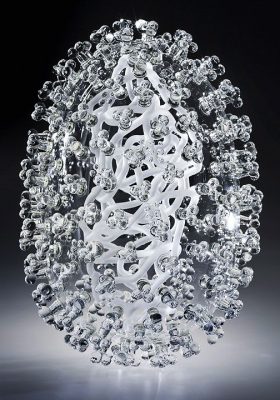 Glass Microbiology
Avian Influenza, commonly known as Bird Flu, refers to “influenza caused by viruses adapted to birds”. The first version, made in 2005, is one of Jerram’s earliest Glass Microbiology artworks. As such it is more abstract than the later 2012 artwork. In 2009, The Mori Museum, Tokyo exhibited this work in an exhibition called Medicine and Art, with works from Damien Hirst, Andy Warhol, Marc Quinn and Leonardo da Vinci.