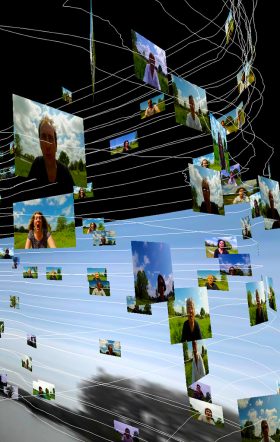 Voices of Aliveness
This project, upon the initiative of l’Ecole des Beaux-Arts de Nantes, has been conceived as a meta-monument where are gathered video sequences recorded by a camera with GPS. People are screaming while biking in a 500 m circle in the countryside. The traces of this route can be visualized thanks to lines that form a sort of tower in the virtual space, where it can go on indefinitely. On these lines, in an order that looks more like a music score than a succession of shootings, mobile video screens simultaneously display the image of the performances. 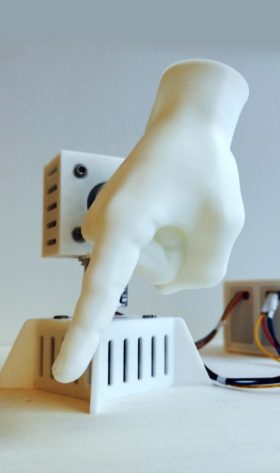 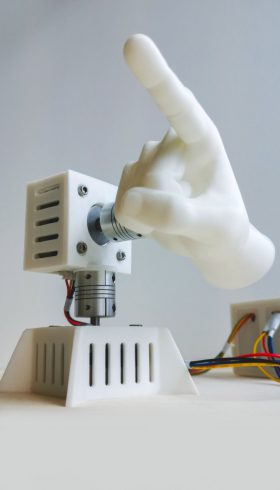 Immaterials: Satellite Lamps
“Satellite Lamps shows that GPS is not a seamless blanket of efficient positioning technology; it is a negotiation between radio waves, earth-orbit geometry and the urban environment. GPS is a truly impressive technology, but it also has inherent seams and edges.” 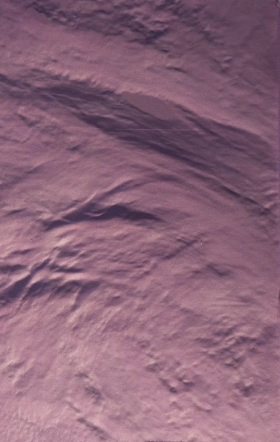 The other side
This installation automatically creates a three-dimensional relief carving of the current cloud formations and ocean surface conditions on the opposite side of the earth from the location of the gallery space. Using satellite data from the Nasa Earth Observing Information System and the GPS coordinates of the gallery, the installation obtains a current image of an approximately six hundred square mile area on the opposite side of the earth from its location. Using custom software, the system converts this image into a relief model that is sent to an onsite CNC machine hanging upside down in the gallery space. The CNC machine carves the relief in pink foam with its upside-down orientation directly echoing the cloud and ocean topography on the opposite side of earth. 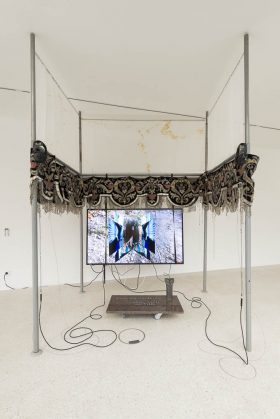 Isolator
“A further characteristic of Vogel’s practice is the way she uses the camera: she dispenses with a crew completely, she is always both protagonist and cameraperson. Vogel guides the camera using drones and thereby controls what we see and is not just an object. The camera itself becomes thus a protagonist of sorts, a counterpart or, as in the aforementioned scene, a playmate and a stalker: Vogel wears a controller to which the drone – an “airdog” equipped with a GPS tracker – responds and automatically follows her”. Kristina Scepanski 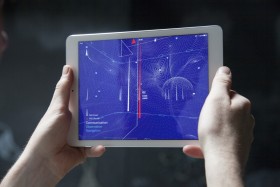 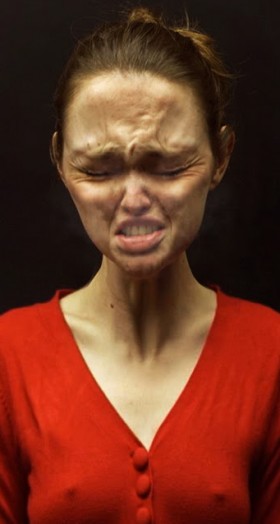 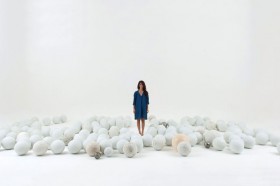 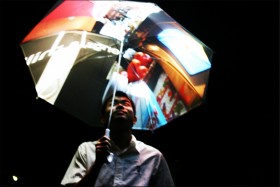 pileus: internet umbrella
Pileus is an umbrella connected to the Internet to make walking in rainy days fun. Pileus has a large screen on the top surface, a built-in camera, a motion sensor, GPS, and a digital compass. The current prototype has two main functions: photo-sharing and 3D map navigation.The photo function is connected to a major web service: Flickr API. A user can take photo with a camera on the umbrella, and pictures are uploaded to Flickr in two minutes with context tags via a wireless Internet connection. User can also enjoy theirselves watching photo-streams downloaded from Flickr with simple operation of wrist snapping. 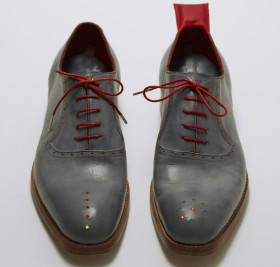 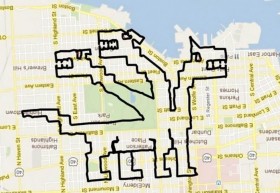