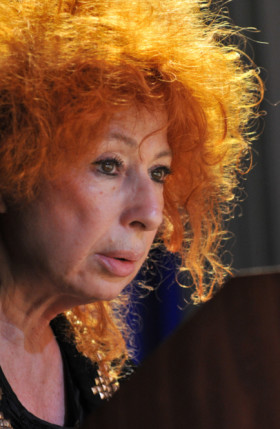 Henryk Górecki
Concerto for Harpsichord and String Orchestra Op. 40
Harpsichord: elisabeth chojnacka
Less than nine minutes long, the bipartite Concerto for Harpsichord (or Piano) and String Orchestra, which the composer sometimes called a “prank”, is a veritable volcano that carries the listener away from the very first bars with its immense energy. Its repetitive, motoric nature and rhythmic vigour suit the specific, slightly clattery sound of the harpsichord which is usually somewhat amplified, complemented by the chordal texture of the strings. In both parts, the mood of the piece clearly draws on the highlander music of the southern Podhale region, of which Górecki was a great admirer. In the context of his monumental sacred music from the same period, this Concerto is like the artist’s brief “respite”. It reflects the whirl and “profane” energy of a folk dance.
Elżbieta Chojnacka, to whom the piece was dedicated, has always stressed that every performance of the Concerto, which she has played throughout the world, ends with an encore. The piece meets with such acclaim from the audience, and is one of the most striking – and most joyful – compositions in the composer’s output. “A spectacular plaything”, as Teresa Malecka has described the piece. 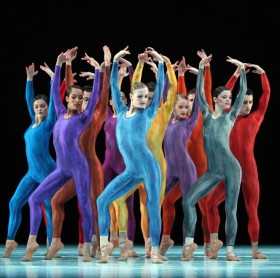 In this exuberant ensemble work, Dutch choreographer van Manen displays his mastery for building dazzling creations from simple motifs and geometric patterns. Driven by the rhythms of Henryk Górecki’s score, the dancers come together and disperse in endlessly shifting formations that culminate in two sensual pas de deux.