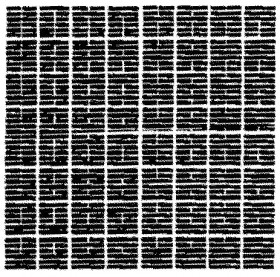 Music of Changes was the second work Cage composed to be fully indeterminate in some sense (the first is Imaginary Landscape No. 4, completed in April 1951, and the third movement of Concerto for prepared piano also used chance), and the first instrumental work that uses chance throughout. He was still using magic square-like charts to introduce chance into composition, when, in early 1951, Christian Wolff presented Cage with a copy of the I Ching (Wolff’s father published a translation of the book at around the same time). This Chinese classic text is a symbol system used to identify order in chance events. For Cage it became a perfect tool to create chance-controlled compositions: he would “ask” the book questions about various aspects of the composition at hand, and use the answers to compose. The vast majority of pieces Cage completed after 1951 were created using the I Ching. 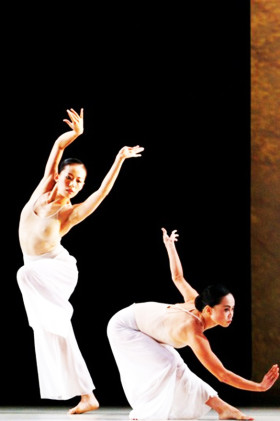 cursive II
Ross MacGibbon
Cloud Gate Dance Theatre of Taiwan
Lin Hwai-min’s Cursive II is inspired by the aesthetics of calligraphy. Set to music by John Cage, it is an exquisite meditation on the balancing of opposites presented in delicate simplicity, allowing no distraction from the details of the dance.