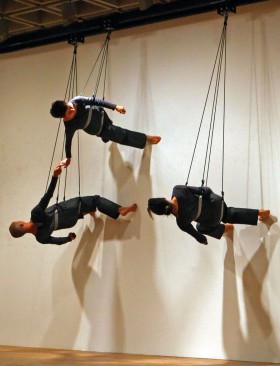 تريشا براون
트리샤 브라운
トリシャブラウン
Триши Браун
Walking on the Wall
The performers stood, and walked, and ran parallel to the floor along two adjacent walls while suspended in special harnesses rigged on cables to trolleys on industrial tracks along the ceiling. 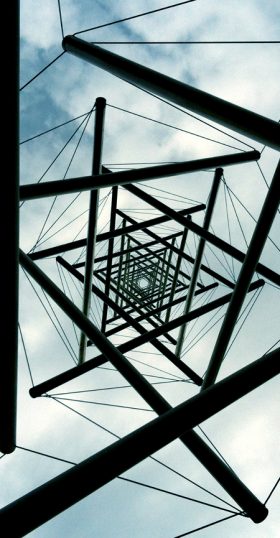 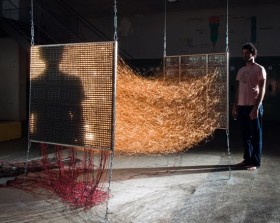 parallel image
This work consists of 2500 magnetic wire cables that connect an emitter (one square meter made of epoxy resin) that consists of a 50 × 50 grid with photo sensors that have their counterparts in the receiver with a grid of bulbs. Thus the sensors detect the light and transmit in parallel each pixel (“image element”) with its corresponding brightness effect to the light bulb in the receiver. Unlike conventional electronic image transmission procedures, “A Parallel Image” uses a technologically transparent procedure, transmitting to the viewer a correspondence between the real world and its transmission. 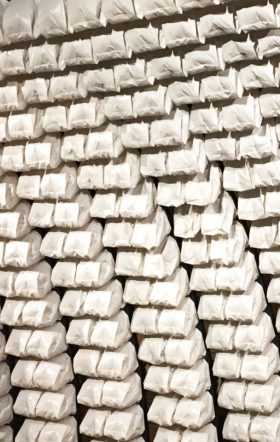