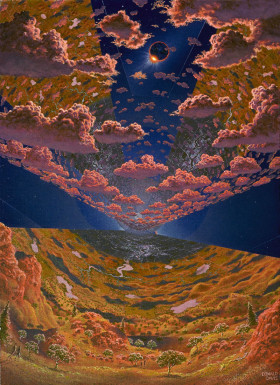 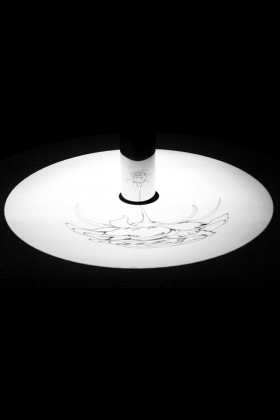 In the installation, the distorted image projected on the tabletop is reflected in the cylindrical mirror. While one sequence is distorted and reminiscent of a dreamlike state or the hazy inner workings of the mind, the other is clear and in proportion, which enables us to decipher the anamorphic image, thus to confront the “undercurrent” in our mind. 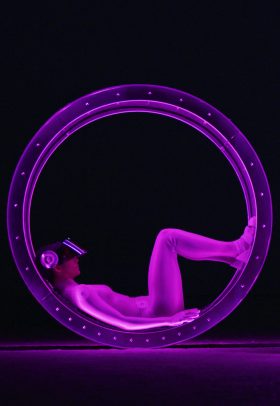 parallaxis
In a new moving-image work by Melbourne-based artist and architect Matthew Bird, two bodies move across the land, working with large cylindrical instruments. We witness them map and survey a terrain analogous to universal physical and psychological locations, each revolution marking a paradoxical attempt to pin an earthly position through perpetual movement. Playing on the human need to understand our relationship to the people and places around us, Parallaxis considers the potential for architectural processes and measurements to act as a foundation for structures of understanding. 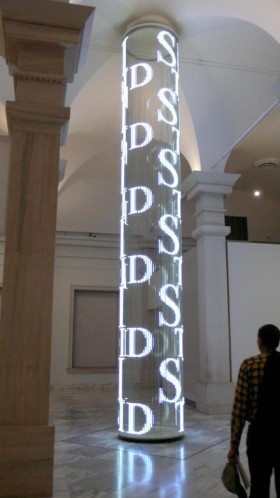 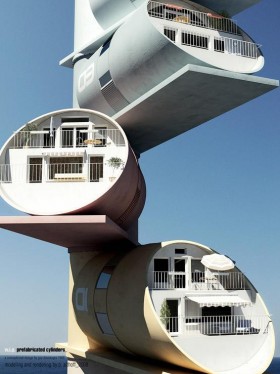 For a long time architect and artist Guy Dessauges had an obsession. Preoccupied as he was by the fact that our predecessors, including the Romans, often lived in semi-cylindrical shaped buildings (caves being a good example) he wanted to take it to the next level and design completely cylindrical buildings. 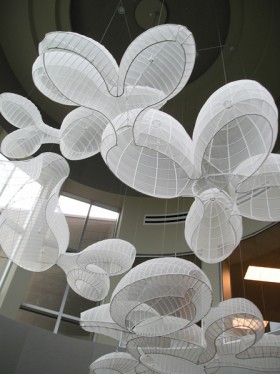 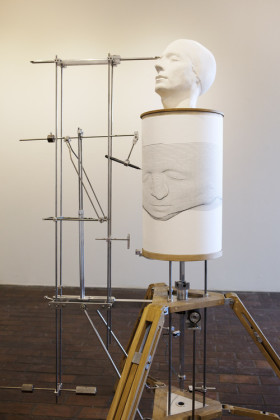 Trace II is a sculptural device that alludes to scientific discoveries and the experimental apparatus of science. It is essentially a mechanical computer that draws its analogue programme from a revolving plaster head. The carefully balanced mechanism slowly measures the topography of a cast human head and translates its undulations onto a rotating cylindrical surface. The result is an evolving topographical diagrammatic depiction that is truly unique every time.