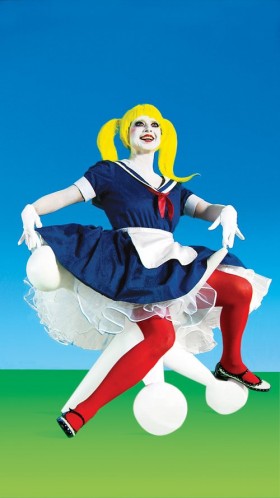 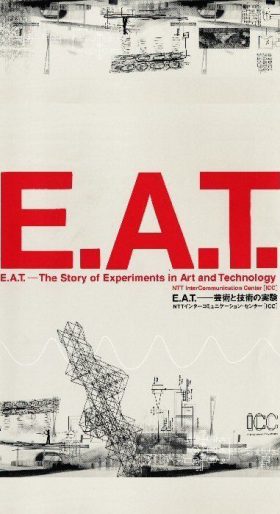 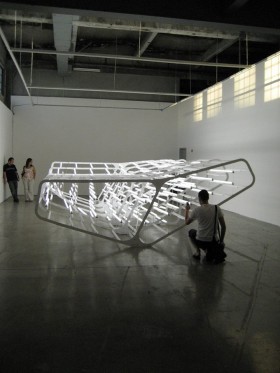 Fluoroscape
Long considered to be one of the pioneers of the use of computers in architectural design and visualization, NMDA has produced a body of work that has fused the physical and the graphic worlds in unprecedented ways. From our groundbreaking installation in Tokyo’s Gallery MA in 1996 to our current explorations, we have relentlessly pursued the development of “cultural ergonomics”, i.e. those forms that “fit” our contemporary life. Although NMDA operates on a global level, Los Angeles and it’s landscapes and cultural institutions play an important role in the development of our work. 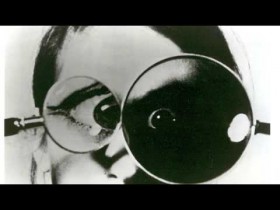 מרדיית המונק
Мередит Монк
ميريديث مونك
16mm Earrings
Meredith Monk’s groundbreaking performance work, 16 Millimeter Earrings, was a seamless integration of live performance, objects, film, vocal and instrumental music, movement, text, recorded sound, and light. It marked several, notable “firsts” for Monk: thinking of sound as an overall environment, working with her voice and visual images as primary elements, creating a full sound score, and incorporating film into a live work. The piece was a breakthrough in her quest to discover a visual/sonic/poetic performance form that could weave together multiple modes of perception. Responding to the original performances in 1966, art critic John Perrault wrote in the Village Voice, “Images, movement, film, words and sounds in Miss Monk’s new work are so skillfully interwoven and inter-related that no description can substitute for the kind of magic that she has managed to produce. The whole stage is her canvas and she uses every bit of it. 16 Millimeter Earrings has to do with surfaces, all seen as if through glass or reflected in a mirror. The surface of the human body. The surface of the erotic and the emotional. The radical juxtaposition of apparently contradictory surfaces- film, flesh, colors, and sound- becomes a witty method of deliberation and deliverance, and of complete art.”
video