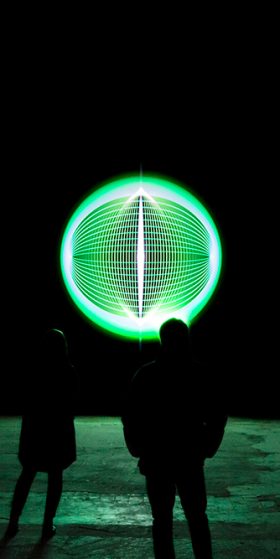 SOL
SOL is a minimalistic environment, leading visitors into the reaches of their perception. The installation builds on loss of control, shifts in awareness and a feeling of dislocation and timelessness. SOL is the third work in an ongoing series of phenomenological environments, after the live performance FEED, 2005 and the installation ZEE, 2008. The all encompassing darkness of SOL is lifted, in intervals and for parts of seconds only, by animated bursts of intensely bright light. Falling back into darkness, visitors experience abundant retinal after-images, that gradually drift away until eventually the next eruption of light is triggered. In the surround sound-scape of SOL, electronic drones mix with swarming field recordings, amidst a sea of infra-bass. 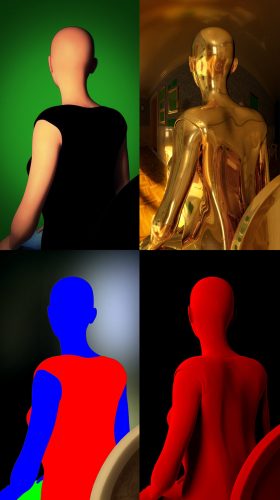 Spherical Harmonics
Spherical Harmonics is about the strange power of the CGI image. It’s a fantasy under construction, full of digitally created memories, counterfeit physics and controlled accidents. A place where reality fails because it’s too perfect. Spherical Harmonics sits stylistically at a halfway point between the glossy product displays of Oxford Street and the workhouse construction of Soho’s post production scene. 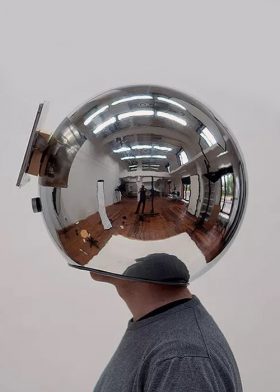 The Decelerator Helmet
The technique of the Decelerator extends the awareness of time and transforms the concept of present in a constructed, artificial state. On a different Level the helmet dramatically visualizes how slowing down under all circumstances causes a loss of actuality and as idea is inconsistent with it´s Environment. Technical enhancement as a tool to give us control about our perception, asks the question how far this influence can go, before we are all lost in how we want to see reality. The Decelerator unintentionally explores how aspects of this shift to a personalized perception could change our view of the world. 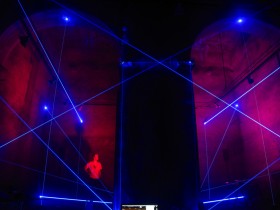