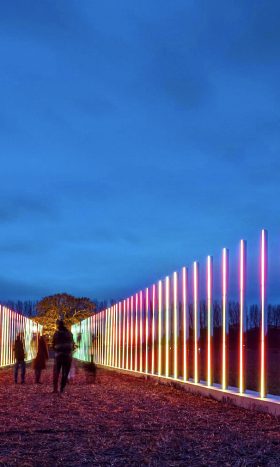 Futures
Futures uses the optical illusions created by light, sound and mirrors to transport audiences to a place where good things have happened and the future we want exists now. Futures is an immersive space in which audiences experience illusions that can reveal everything from how they process space and time to their perception of consciousness. It is a modular light installation that takes a number of forms. It is shown here as a walkway of mirrors and lights, tunnelling inwards towards a vanishing point. 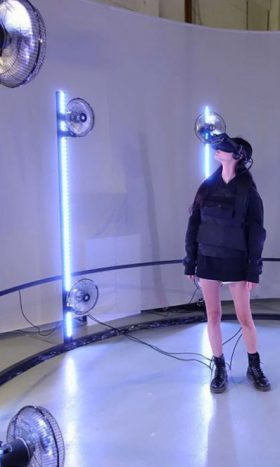 Upload not complete
The work magnifies the process of virtual and real fusion, which is the process of uploading human consciousness to digital space. When the visual perception has been lost, can people still recognize the body through the touch and sound of wind, sound and vibration everywhere? Experiencers use non-visual senses, experience media art, and cooperate with the Taiwanese Non-Visual Aesthetic Education Association to create a digital space where the computer can fully understand the location of the experiencer in the space, allowing the experiencer to listen, move, touch objects, feel the vibration and come to know the space. 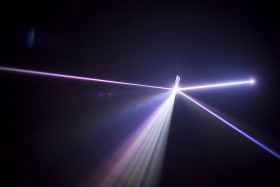