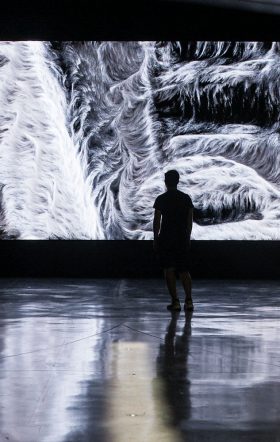 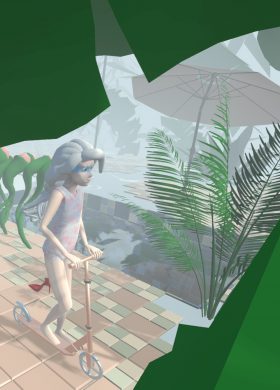 ‘After Party’ is an animation about two young girls, Ada and Milica. They find themselves in a strange space where an adult party is happening. With every new simulation their personalities evolve in unpredictable ways: between Childhood and Adolescence, Refined and Savage. Our digital work consists of creating artificial environments in the form of real-time animation using our own custom software, where artificial intelligence characters interact with each other as well as with the virtual world that surrounds them. These pieces are usually inspired by stories or myths found in different cultures. 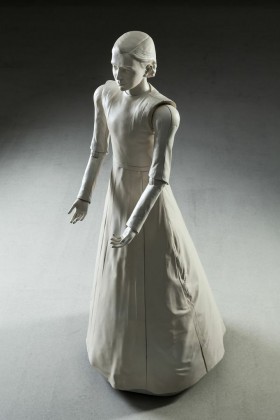 Diamandini
Diamandini is a 155cm tall custom-made humanoid robot incorporating an omni-directional wheeled motion platform; cameras, laser scanners and computers for real-time tracking and installation control. The humanoid robot is being developed through a five year research project between Mari Velonaki and robotics scientists at the Centre for Social Robotics, Australian Centre for Field Robotics, the University of Sydney.