ZEE proposes a state of tabula rasa and unfolds without a narrative or reproducible imagery.The audience wanders freely in a space filled with extremely dense fog that fully obscures all of its boundaries. Stroboscopic- and pulse lights illuminate the fog, in a softened and evenly dispersed manner, creating kaleidoscopic three-dimensional structures in constant animation. An ambient and minimal sound-scape connects to the imagery, without directly synchronizing to it.The core visual impression of ZEE is of a psychedelic architecture of pure light, an abstract luminescent landscape enveloping the visitor. Time appears to stand still. 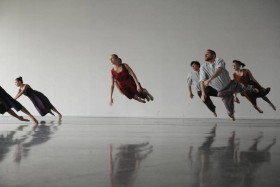 Tabula Rasa
Ohad Naharin
Arvo Pärt: Tabula Rasa
photo Gadi Dagon
Hailed as one of the world’s preeminent contemporary choreographers, Ohad Naharin assumed the role of Artistic Director in 1990, and propelled the company into a new era with his adventurous curatorial vision and distinctive choreographic voice. Naharin is also the originator of the innovative movement language, Gaga, which has enriched his extraordinary movement invention, revolutionized the company’s training, and emerged as a growing international force in the larger field of movement practices for both dancers and non-dancers. 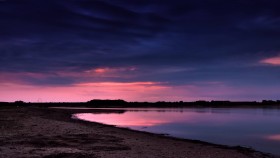