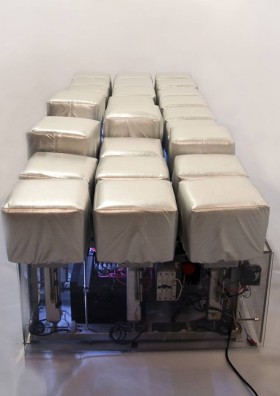 Silverfish Stream
file festival
The sound generated by the friction of the metallic robots against the floor, like that created by the contact between man and machine, is registered, altered and played in real time by the spheres, each with its own tonality, and amplified in the room. What is generated is a stream of multisensory information (visual, auditive, tactile), natural environment for mechanic creatures. 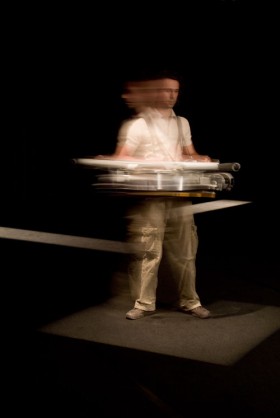 Compass
Compass is a kind of orientation machine to wear around your waist that gives you directions while you are walking through virtual corridors and rooms. These have been programmed to fit the physical exhibition space or any other venue. The machine creates a feeling of attraction or repulsion that can be compared to be being in a magnetic field. You can explore this environment and discover a tactile architecture. The machine is programmed to make you follow an invisible map, but you can choose between resisting to the machine or giving in and letting yourself be guided. 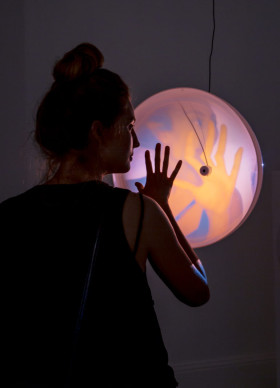 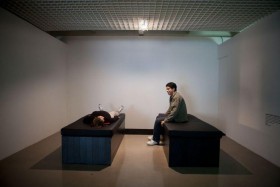