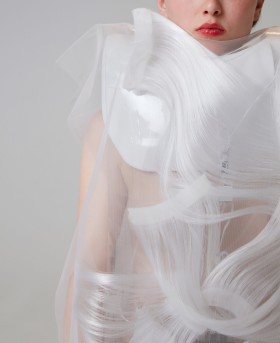 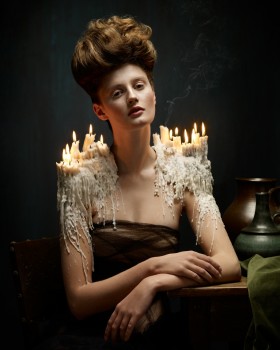 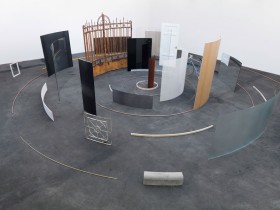 “It’s easy to trace the curves in Kwade’s perfectly placed bent tubing and piping, but it takes a second to realize that even the installation’s larger, solid objects—a door, a window, mirrors, iron gates, sheets of metal, and even a bicycle—not only travel on her orbits’ paths, but have also been altered (in some cases just barely) to conform to them. The white door’s slight curvature is hardly noticeable until you’re at close range. The imposing rusty gates are generously rounded. There’s an almost imperceptible bend to a door with an oval mirror. A few copper pipes in the outermost rings disappear into the gallery wall; in the very center of the installation, a two-euro coin, propped up on its rim, and a sharply curved sheet of metal face each other, mysteriously.”Kimberly Bradley 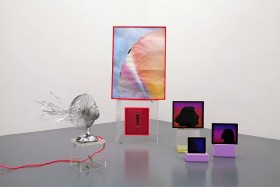