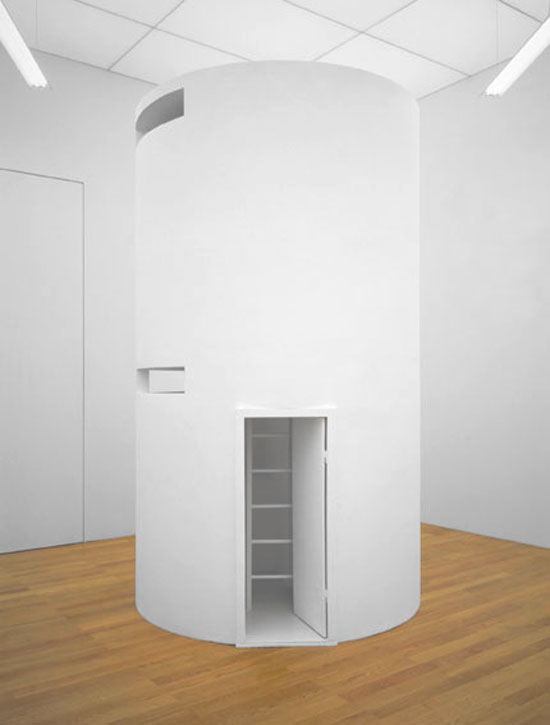 cellule No. 5
Absalon’s best known works, the Cellules, rewrite Cezanne’s “treat nature as the cylinder, the sphere and the cone” to read “treat architecture as the cell, the bunker and the turret.” Not that the Cellules are straightforwardly architecture: they equally evoke Minimalist sculpture, Matt Mullican’s maquettes, Kurt Schwitters’ Merzbauen and the Concrete sculptures of George Vantongerloo. But the model that the Cellules most overtly evoke is the monastic cell. The Cellules were fabricated in wood, cardboard and plaster, and painted entirely white; their average proportions are roughly those of a caravan, and the catalogue informs us that there is always an area in which one can stand up. Their interiors are fitted–fitted rather than furnished–with unobtrusive minimal representations of desks, seats, beds, etc.