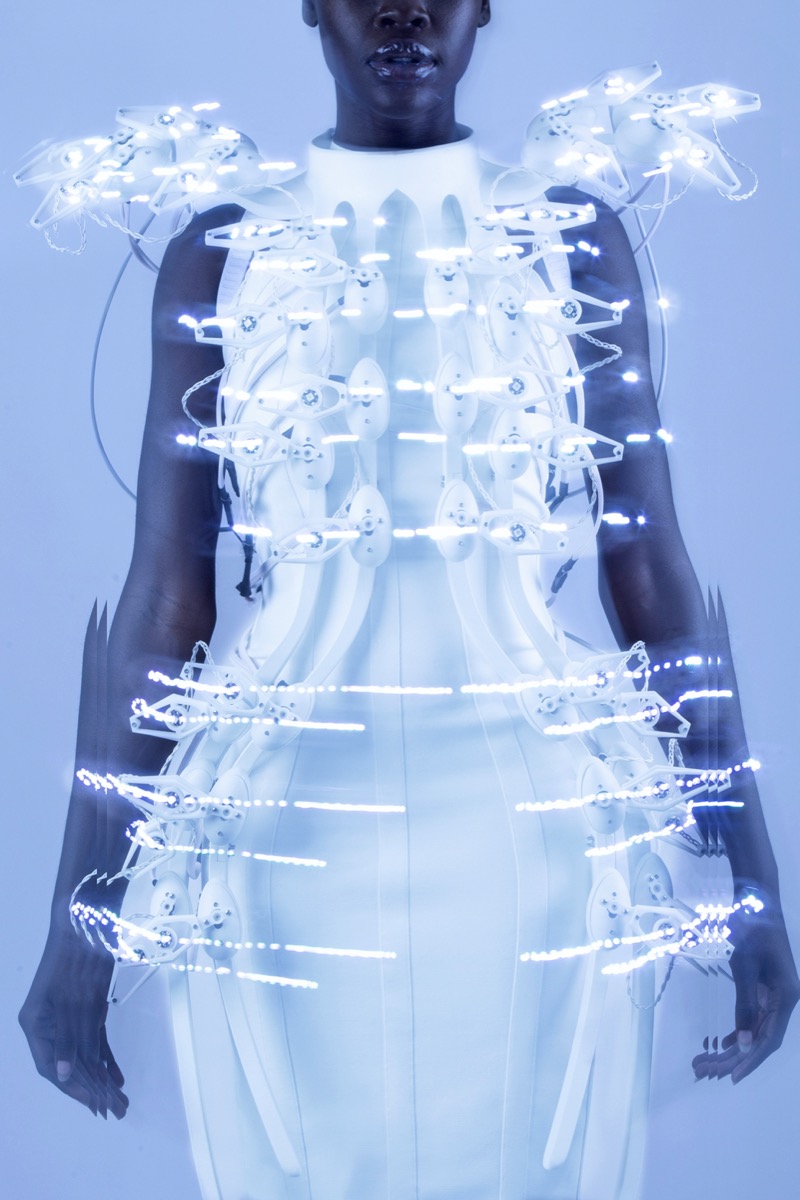 The Pangolin Scales Project demonstrates a 1.024 channel BCI (Brain-Computer Interface) that is able to extract information from the human brain with an unprecedented resolution. The extracted information is used to control the Pangolin Scale Dress interactively into 64 outputs.The dress is also inspired by the pangolin, cute, harmless animals sometimes known as scaly anteaters. They have large, protective keratin scales covering their skin (they are the only known mammals with this feature) and live in hollow trees or burrows.As such, Pangolins and considered an endangered species and some have theorized that the recent coronavirus may have emerged from the consumption of pangolin meat.Wipprecht’s main challenge in the project’s development was to not overload the dress with additional weight. She teamed up 3D printing experts Shapeways and Igor Knezevic in order to create an ‘exo-skeleton’ like dress-frame (3mm) that was light enough to be worn but sturdy enough to hold all the mechanics in place