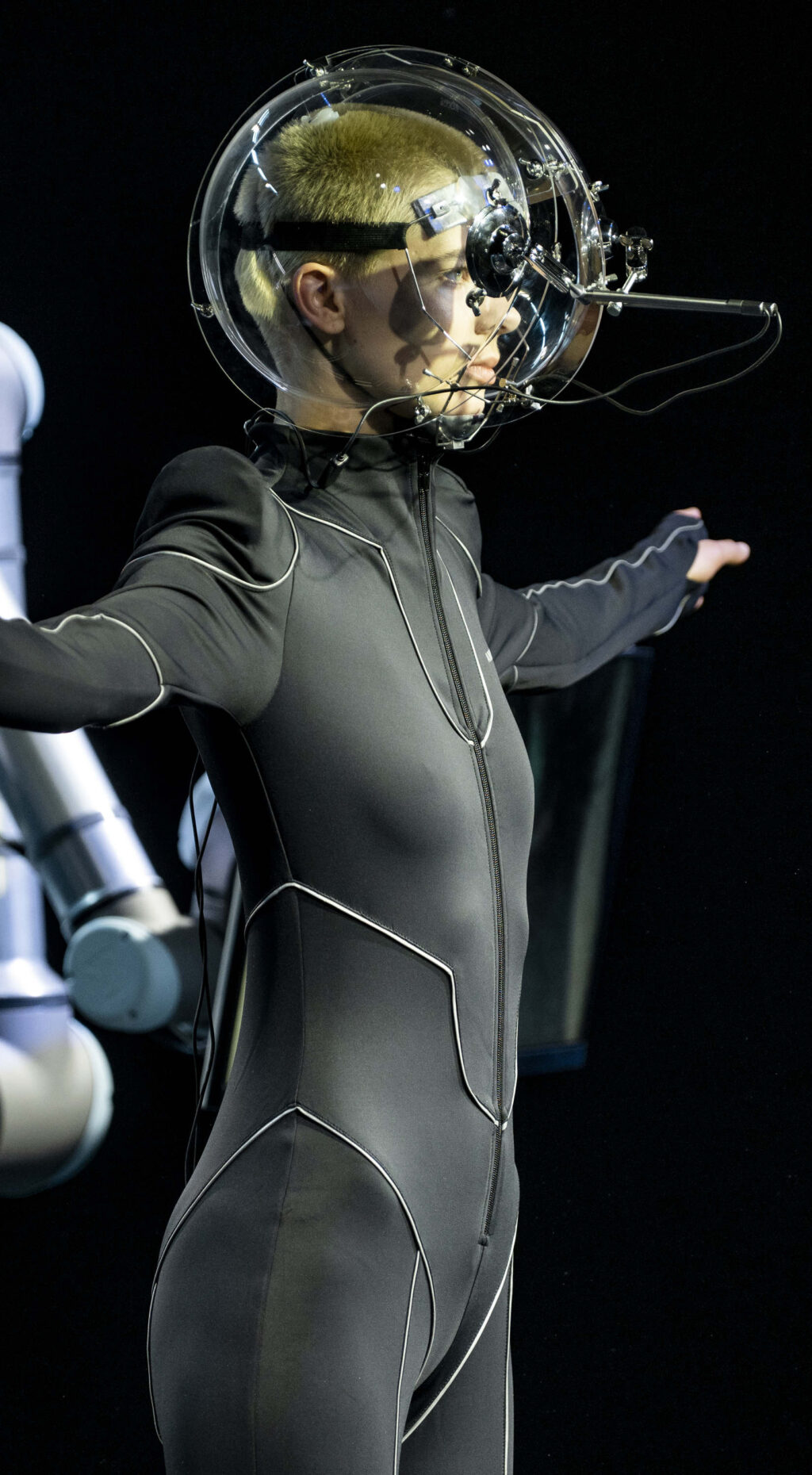 Returning the Gaze
‘Returning the Gaze’ is an cyber-physical robotic installation by Behnaz Farahi supported by Universal Robots for ANNAKIKI’s Milan Fashion Week. ‘Returning the Gaze’ is an exploration of this scenario. In the center, a female model wears a spacesuit-like outfit and a headpiece fitted with two tiny cameras. The cameras track and capture the movements of the model’s eyes, and enlarging and displaying them on four monitors mounted moving around on robotic arms glaring back at the observers. The gaze of the model is thereby directed back at the viewer, extended and enhanced through cyborgian technologies.