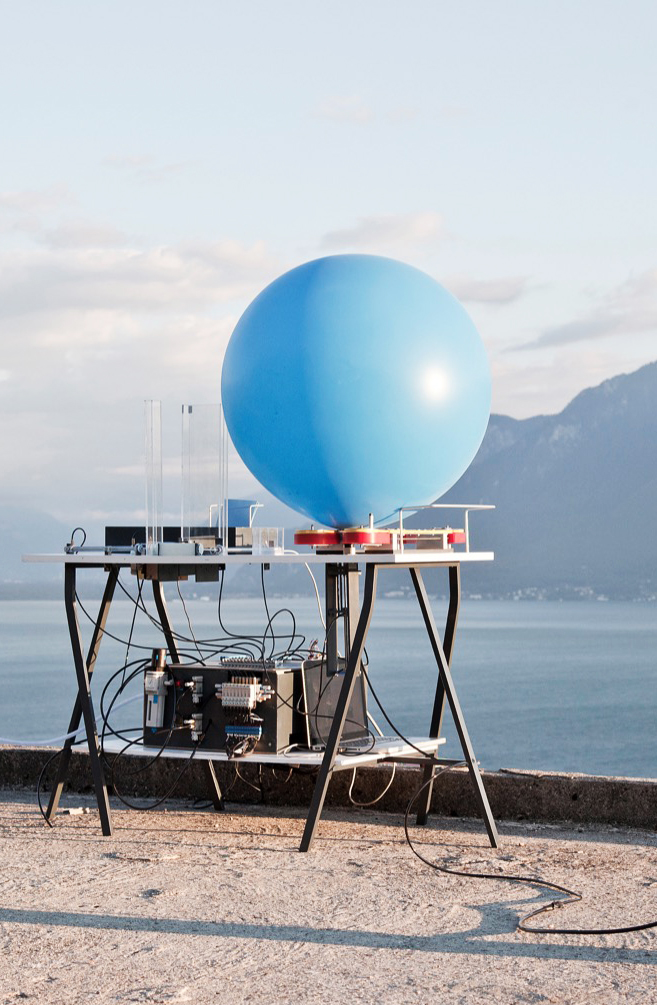 Attachment
This poetic machine prints your message and a code on a sheet A6, slips it into a biopolymer cylinder attached to a balloon, which is finally released into the air. Then, the balloon will travel haphazardly to a potential recipient.
Where did the idea come from? The basic idea was to take a stand against the current use of «smart» technologies by creating a poetic concept, using current technology that allows us to communicate differently and rediscover expectation, the random, and the unexpected.
For the record, I have always been attracted by what is in the air and remember having won a balloon release contest when I was about ten years old. My balloon flew from Switzerland to Austria, this definitely left an impression on me and perhaps influenced the idea of this project.